If you want a field that is constantly changing, programming is up there. Making your way in the field can be difficult, especially if you’re starting out and unsure which languages to learn.

That’s why I’ve put together this list of the best and most common programming languages to learn, including their strengths, weaknesses, and typical use cases.

Python, C++, and other big players are included in this roundup as well as some other languages that might be new to you. 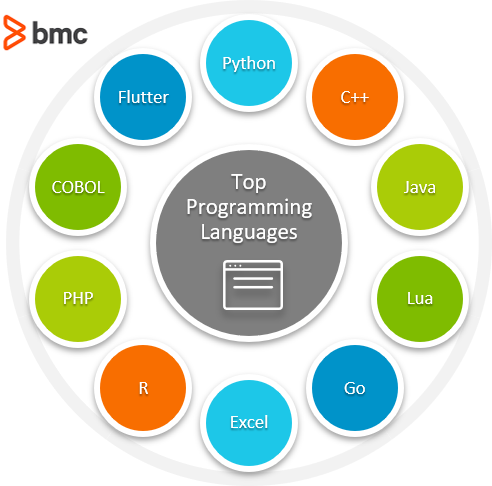 What is a programming language?

Programming languages are the code that is used to create websites and applications, manage and analyze data, and support a whole range of other uses.

The good news with learning programming languages is that there are plenty of resources for learning and getting support. It’s not at all like learning a natural language, where you need to speak it well enough for others to understand you.

In fact, a developer can generally pick a new language up quickly once they really understand at least one language—you’ll better understand the structures. Still, each language has its own quirks.

For most heavy software, especially enterprise apps, a number of languages can be used. Some languages are better for certain use cases. And, of course, trends come and go for which languages people use.

(Learn how to become a developer or data scientist.)

A fantastic option for newcomers to the world of programming, Python is easy to read, needs fewer lines of code to function, and has huge library support. A number of releases have made Python more powerful and more flexible. Today, you can use Python to create a wide range of software.

With many uses in data science, Python is becoming more and more popular every year. Developed specifically to remove many difficulties associated with programming languages, Python is both perfect for coding beginners and a useful tool for experienced developers who need an interpreted, dynamic language.

When do I use Python?

When do I not use Python? 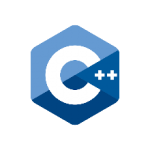 Portable, object-oriented, and fully scalable, C++ is a powerful general-purpose programming language that is capable of developing operating systems, games, and web browsers.

C++ is used in countless applications and technologies every year, delivering excellent performance and business usefulness.

With its expansive user base, C++ is always evolving. That’s makes it challenging to learn, but it’s still extremely useful—and likely worth the effort. If you can master pointers and the lack of garbage collector, you will have the skills to work on a range of C++ projects.

Game developers should be familiar with Lua.

Dynamic and designed to catch faults, Lua is user-friendly. Despite being built on C/C++, Lua is a lot easier to learn. A number of features in Lua make it a useful language for any developer, even beginners.

The main strength of Lua is how it allows end-user customization. Allowing your users—gamers, app users—to create mods and customize the product does not expose the backend and risk causing damage to your work.

Trends in programming have meant that Lua is less popular than it used to be, but it is still an effective tool.

When do I use Lua?

When do I not use Lua?

Also known as Golang, Go is a programming language created by Google that is perfect for cloud-centric projects. Behind projects such as Docker and Kubernetes, Go has plenty to offer developers today. Google has created a tool to build cloud technology that could start to change the way we look at other classic languages.

When do I use Go?

When do I not use Go?

Many developers create applications to run on a small-scale or enterprise-level through Java. It’s perfect for mobile, desktop, and IoT applications thanks to its easy-to-learn and platform-independent nature.

Because Java is not designed to develop attractive GUIs, it is not perfect for everyone. But creating flexible apps is easy with this useful tool.

When do I use Java?

When do I not use Java?

You might be surprised to see Excel on this list—but it is indeed a programming language!

Used by programmers and non-programmers alike, Excel is easy to use but difficult to master. Automation, efficiency, and greater security are all key uses for the Excel Macro.

Data scientists have many uses for Excel, but its GUI offers a simple pathway for would-be programmers to learn the ropes. A project is easier to manage with a visual interface, especially compared to other denser programming languages.

When do I use Excel?

When do I not use Excel?

Platform-independent and capable of machine learning, R is a powerful tool for data analysts and those in related fields. But don’t expect to build dynamic programs or 3D graphics with it.

When do I not use R?

Despite current competition from newer coding languages like Node.js, PHP has been used to build web applications since long ago. It comes with a wide range of packages, is powerful, and can perform unit testing efficiently.

With so much community support for PHP, it can take a long time to learn how to do exactly what you need to know. But that support means that it is possible to use a wide range of tools to increase PHP’s utility.

When do I use PHP?

When do I not use PHP?

You might be surprised to see COBOL on this list, but for a particular set of engineers, COBOL continues to be a go-to language. One of the oldest programming languages—it just turned 60 years old—there are an estimated 220 billion lines of COBOL code still in production today.

COBOL remains a crucial language, particularly in the financial and banking industries. Mainframe computers—the ones that companies rely on for daily transactions—run on COBOL. It’s probably not necessary to learn unless you are a mainframe sysadmin.

Flutter has risen quickly as an app development tool. Originally released by Google in May 2017, Flutter has been used by more than two million developers since.

Built on the Dart programming language (another Google product), Flutter is an open-source tool for building UIs, particularly on mobile. An essential concept to Flutter is its widgets, says Jonathan Johnson. From building layouts with Scaffold and Material App widgets, to BLoC patterns and Provider Widgets, Flutter is built of widgets.

Learning a programming language isn’t easy, but with dedicated time to practice and endless online tutorials and support groups, it’s a valuable way to get ahead in your developing career.