In this article, I will:

What is a CI/CD pipeline?

The primary goal of a CI/CD pipeline is to automate the software development lifecycle (SDLC).

It will reduce manual tasks for the development team which in turn reduces the number of human errors while delivering fast results. All these contribute towards the increased productivity of the delivery team.

(Learn more about deployment pipelines and the role of CI/CD.)

Stages in a CI/CD pipeline

A CI/CD pipeline can be divided into four main stages:

Each subsequent stage must be completed before continuing to the next stage. All the stages are continuously monitored for errors or any discrepancies, and feedback is provided to the delivery team.

In an agile context, each development, whether bug fix or feature improvement, falls into the CI/CD pipeline before deploying to production.

This is the first stage of any CI/CD pipeline. In this stage, the CI/CD pipeline will get triggered by any change in the program or a preconfigured flag in the code repository (repo). This stage focuses on source control, covering version control and tracking changes.

What exactly happens in this stage? If the automated workflow detects a change in the central repository (commit, new version), it will trigger tasks such as code compilation and unit testing.

Common tools in the source stage include:

This second stage of the pipeline combines the source code with all its dependencies to an executable/runnable instance of the development. This stage covers:

This stage is the most important one. Failure in a build here could indicate a fundamental issue in the underlying code.

Additionally, this stage also includes the build artifact handling. The storage process of building artifacts can be centralized using a centralized artifact repository like yarn, JFrog, or a cloud-based solution such as Azure Artifacts. This gives us the ability to roll back to the previous build if there are any issues with the current build.

Tools that support the build stage:

The test stage incorporates all the automated testing to validate the behavior of the software. The goal of this stage is to prevent software bugs from reaching end-users. Multiple types of testing from integration testing to functional testing can be incorporated into this stage. This stage will also expose any errors with the product.

This is the final stage of the pipeline. After passing all the previous stages, the package is now ready to be deployed. In this stage, the package is deployed to proper environments as first to a staging environment for further quality assurance (QA) and then to a production environment. This stage can be adapted to support any kind of deployment strategy, including:

The deployment stage can include infrastructure provisioning, configuration, and containerization using technologies like Terraform, Puppet, Docker, and Kubernetes. Other tools include:

Now, let’s look at two CI/CD pipelines in action. The first is a traditional pipeline, then we’ll turn to a cloud-based pipeline.

This is a good example, but yours does not need to match it exactly. The tools, processes, and complexity of a CI/CD pipeline will depend on the development requirements and business needs of the organization. The result could be either:

With the increased adoption of cloud technologies, the growing trend is to move the DevOps tasks to the cloud. Cloud service providers like Azure and AWS provide a full suite of services to manage all the required DevOps tasks using their respective platforms. 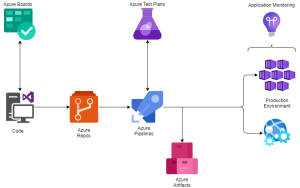 How to build a CI/CD pipeline using Jenkins

In this section, I’ll show how to configure a simple CI/CD pipeline using Jenkins.

Before you start, make sure Jenkins is properly configured with the required dependencies. You’ll also want a basic understanding of Jenkins concepts. In this example, Jenkins is configured in a Windows environment. 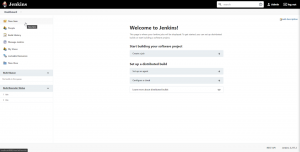 Select the “Pipeline” option from the menu, provide a name for the pipeline, and click “OK.” 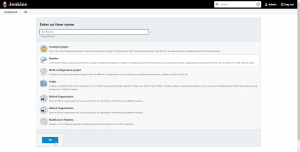 We can configure the pipeline in the pipeline configuration screen. There, we can set build triggers and other options for the pipeline. The most important section is the “Pipeline Definition” section, where you can define the stages of the pipeline. Pipeline supports both declarative and scripted syntaxes.

(Refer to the official Jenkins documentation for more detail.) 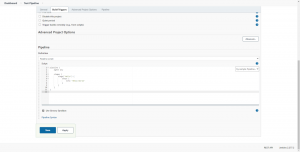 Click on Apply and Save. You have configured a simple pipeline! 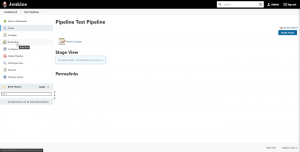 This will result in the pipeline stages getting executed and the result getting displayed in the “Stage View” section. We’ve only configured a single pipeline stage, as indicated here: 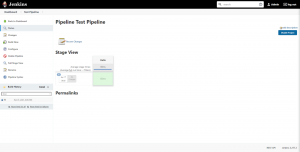 We can verify that the pipeline has been successfully executed by checking the console output for the build process. 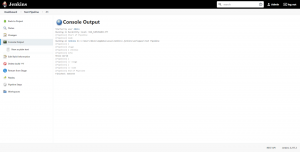 Let’s expand the pipeline by adding two more stages to the pipeline. For that, click on the “Configure” option and change the pipeline definition according to the following code block.

Save the changes and click on “Build Now” to execute the new pipeline. After successful execution, we can see each new stage in the Stage view. 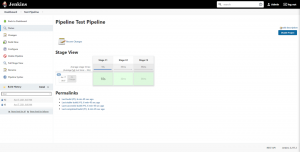 The following console logs verify that the code was executed as expected: 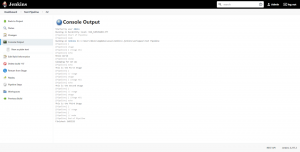 We can use the “Pipeline timeline” plugin for better visualization of pipeline stages. Simply install the plugin, and inside the build stage, you will find an option called “Build timeline.” 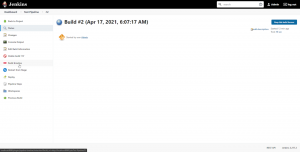 Click on that option, and you will be presented with a timeline of the pipeline events, as shown below. 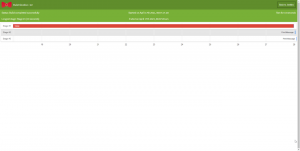 That’s it! You’ve successfully configured a CI/CD pipeline in Jenkins.

The next step is to expand the pipeline by integrating:

A properly configured pipeline will increase the productivity of the delivery team by reducing the manual workload and eliminating most manual errors while increasing the overall product quality. This will ultimately lead to a faster and more agile development life cycle that benefits end-users, developers, and the business as a whole.

Learn from the choices Humana made when selecting a modern mainframe development environment for editing and debugging code to improve their velocity, quality and efficiency.