In DevOps, the two teams work together, sharing responsibilities towards achieving their primary goal: frequent and faster delivery of high-quality software that satisfies evolving customer needs. DevOps practices, along with relevant tools and technologies, drive organizations to accomplish tasks as efficiently as possible.

Some DevOps practices like Continuous Integration and Continuous Delivery (CI/CD) support frequent software releases. That means that testing plays an integral part in helping to maintain software quality at each step of the development lifecycle.

In the days of the traditional waterfall methodology, software testing looked like this:

A huge difference is that software testers sat on a separate team, isolated from the development team. If any bug was detected at the testing stage, it was challenging and costly to go back and do that change. The reason for that was structural: the particular error scenarios were to be well-identified at the beginning.

Under these circumstances, it was difficult to maintain the required standard and quality within the expected timeline.

Features of testing in a DevOps environment

Software testing evolved considerably over the years after Agile started its ascent. Since then, faster and collaborative testing strategies, tools, and technologies have been introduced to the testing sphere.

This is what testing in a DevOps environment looks like:

(Learn how to set up your own CI/CD pipeline.) 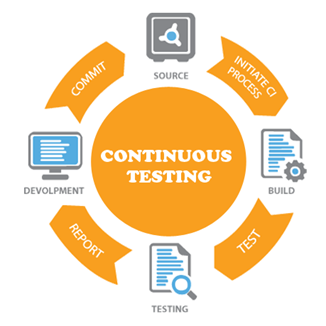 Importantly, DevOps culture adopts the Shift Left testing approach, which contrasts with traditional environments where testing happens at the end of the development.

Shift Left testing pushes the testing to the left, the earlier steps, of the software development process. There, testing is also started when the development is started. This approach helps to identify bugs as early as possible.

These inherent features of a DevOps testing environment contribute significantly towards improving software quality. Still, the success or failure of the testing strategy depends on how well organizations implement DevOps best practices for testing.

In this section, we will go through some best practices for testing that organizations need to embrace in order to maximize your DevOps value. 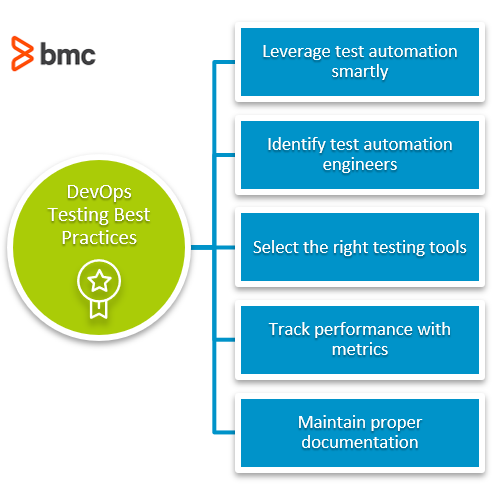 In a DevOps environment, developers frequently merge the code to a central repository. This means that the code updates continuously through continuous integration (CI). To prevent the risk of errors, you have to continuously test the code through different types of tests, including:

As a best practice, you can automate these tests to get faster and earlier feedback on continuously integrated code. More successful DevOps teams have a larger percentage of automated test cases, and they have often integrated automation suites.

As you progress in the SDLC, test automation spans further from code level into areas like:

This doesn’t mean that everything in the testing scope should be automated. There should be some space for manual testing. This caution is important. If you automate a test process that isn’t valuable, you’re simply automating and introducing more waste into the process.

Recommendations for effective test automation include: 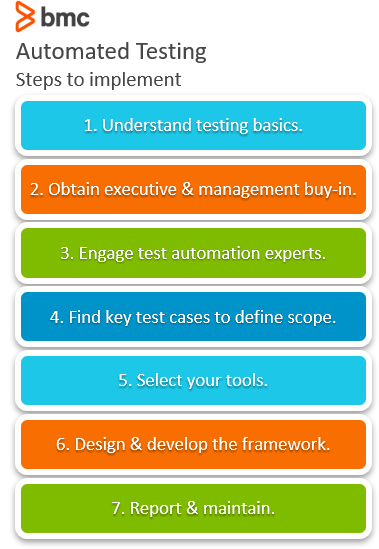 Test automation engineers develop the overall automation strategy of the organization. They are responsible for:

Typically, during a software release, the automation engineer takes ownership in executing automated tests on the related environment and reporting any identified bugs. Then they work closely with the development teams to find the solutions to resolve those bugs. As part of their work, they clean up existing test cases according to the new changes introduced to the system.

To leverage the benefits of test automation, you need to integrate the right testing tools for your organization—not some “best of” testing tool.

When choosing a test automation tool, the first thing to evaluate is if your team has the required skills and expertise to use that tool. For example, some open-source testing tools require a decent level of programming skills to use them. Do your test engineers have this?

Then estimate the total cost of the tool, including training costs, updates, and maintenance, to see if it is within the testing budget. Always check if decent technical support is available for the tools. If not, are you prepared to service it yourself?

Automated testing tools should enable easy writing and execution of test cases without having to make complex configurations. Here is a list of both open-source and commercial software testing tools that are widely being used by many organizations.

Here are some of the most popular test automation tools: 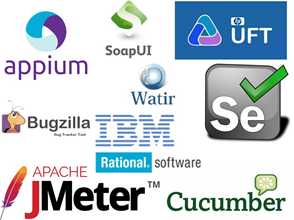 Using metrics to evaluate the success or failure of testing is another best practice. This practice enables management to get a clear picture of how the changes introduced to the software has impacted the organization.

You can track key metrics such as:

These metrics provide insights into areas that are highly vulnerable to failures, and continuous testing yields immediate values for them. Metrics also enable teams to foresee if the number of bugs will increase or decrease with more changes introduced to the system over time. Then, more innovative solutions can be applied to overcome failures.

As a best practice, keep all documentation in a safe place where they are accessible and visible to everyone in the organization. Standardize document formats and use templates to preserve the quality—hence the value.

For many organization, DevOps is the ideal solution to become, or remain, more competitive in your market. Continuous testing is an essential part of CI and CD pipelines that helps to deliver frequent, high-quality software.

The success of testing greatly depends on the best practices you adopt in your DevOps culture. Automation and its related tools are at the heart of DevOps testing strategies.