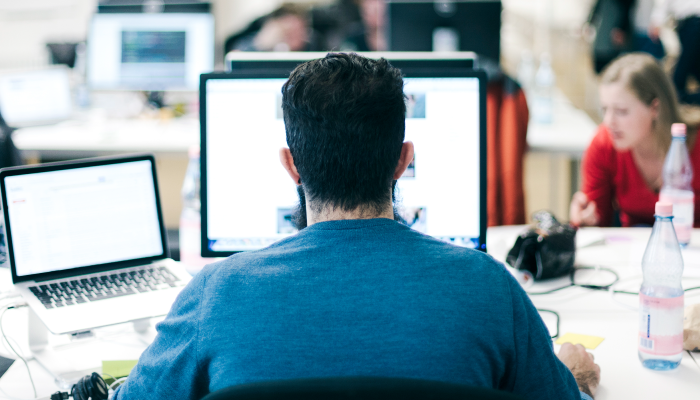 DevOps isn’t magic, but it can look like it from the outside. In today’s job market, workers in innovative fields are creating new roles for themselves. The role of DevOps Engineer is one example.

The DevOps Engineer is truly a renaissance person of cloud infrastructure IT services. It is often difficult to understand this role because the DevOps Engineer is the product of a dynamic workforce that has not yet finished evolving. That’s why career path required to become a DevOps Engineer is not clearly defined. DevOps professionals come from several IT backgrounds and start the role in different places in their career.

What we do know about DevOps engineering is that it encompasses a role that was built out of the need of organizations to fully embrace cloud infrastructure in dedicated, multi-tenant, and hybrid environments. Further, we know that the role is growing quickly based on Google Trends and volume of job postings on sites like Dice.com:

A critical role of a DevOps Engineer is to be an excellent communicator. In this way, DevOps Engineers are similar to IT Project Managers. They typically work on a DevOps team with other professionals in a similar role, each managing their own piece of the infrastructure puzzle.

DevOps is unique since it has been created to bridge the gap between software development teams and IT operations. (That’s where the name DevOps comes from.) A good way to think of these departments is to view them as being two sides of the same coin, who sometimes have trouble sharing each other’s vision.

The DevOps Engineer serves an important role on each team and liaises between both.

While the demands of a DevOps Engineer often require him or her to work alone, they are expert collaborators. This is because their role requires them to build upon the work of their counterparts on development and IT teams to:

It isn’t uncommon for DevOps to be called to mentor software developers and architecture teams within an organization to teach them how to create software that is easily scalable. They also collaborate with IT and security teams to ensure quality releases. Some DevOps teams include DevSecOps, which applies DevOps principles to proactive security measures.

The DevOps Engineer is an important IT team member because they work with internal customers, including:

DevOps engineers rarely work with external customers or end-users, but keep a “customer first” mindset to satisfy the needs of their internal clients.

The DevOps Engineer is a customer-service oriented, team player who can emerge from a number of different work and educational backgrounds, but through their experience has developed the right skillset to move into DevOps.

A DevOps role in most organizations requires experience with:

This experience is typically gained by Systems Managers, IT Project Managers, or Database Administrators (DBAs), among many possible career paths. Almost every DevOps job requires at least 2-3 years’ experience with continuous integration, DevOps, and related experience.

DevOps Engineers specialize in writing code to amend existing cloud platforms rather than for the creation of new ones. That’s why organizations that use DevOps deploy code more frequently and with more accuracy than their competitors. So, someone who is interested in career pathing into DevOps should be experienced in several open source technologies and have a broad knowledge of technology used by DevOps engineers. 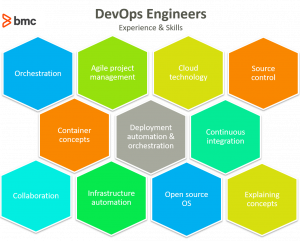 In addition to the above experience requirements, DevOps Engineers typically need a 4-year undergraduate degree in a related field.

In the regular workday, DevOps Engineers look at individual functions of the cloud environment and write code to scale them to fill some immediate need. This might include:

The DevOps engineer focuses on configuration, documentation, optimization, and support of the infrastructure components. This type of work requires rapid-fire coding, or the ability to write small snippets of code in many different languages. It also means DevOps professionals must be well-versed at testing in a virtual environment. Between the coding and the testing, it’s easy to forget to plan.

One skill DevOps Engineers need to develop? Looking at the big picture.

Infrastructure planning is what DevOps Engineers are hired to do. The ability to plan integrations and additions across many systems, however, is what separates the Cloud Database Manager from the DevOps Engineer.

The ability to write secure code is a big asset in DevOps. DevOps Engineers are responsible for supporting the users of the infrastructure they develop, and the first line of defense is protecting the cloud against hackers and viruses. They do this with code, of course, building secure software from the start.

This idea of creating safe software is paramount to the DevSecOps mindset. The DevOps Engineer might oversee the DevSecOps team and certainly would collaborate with them to enhance an organization’s infrastructure security protocols. 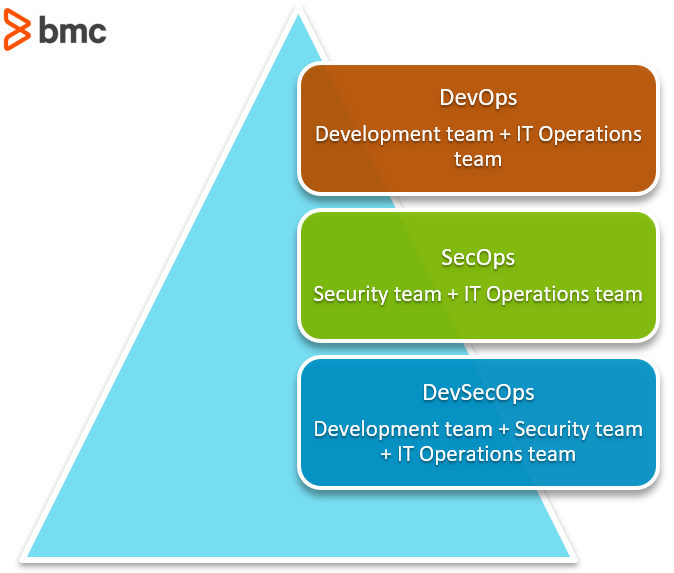 The DevSecOps team is developed on the premise that every practice in an organization needs security measures. The team fosters understanding of business practices, looks for vulnerabilities, and provides continuous monitoring and testing across all platforms.

So, what do DevOps Engineers need to know about automation? They need to stay ahead of the competition on the newest tools that can be implemented to create efficiency. DevOps Engineers understand that a lot of processes that others do manually can be automated. This allows them to develop and deploy more code than other types of IT engineers.

Lastly, there are a few soft skills that should be developed to be an exceptional DevOps Engineer. This includes being a liaison; bridging the gaps between many different IT and software development teams. People skills are particularly important to the overall success of someone in this role because finding common ground between these teams isn’t always an easy task.

Instead, it’s one that includes constant communication. DevOps Engineers must be comfortable communicating clearly and with ease to get their message across. They have a lot to offer in different parts of the organization when it comes to educating key people on security and scalability.

DevOps Engineers also must be intuitive to anticipate needs. They must be able to go into an organization and understand how the people, culture and processes work together to impact their job in order to fill the gaps in technology with expert care. 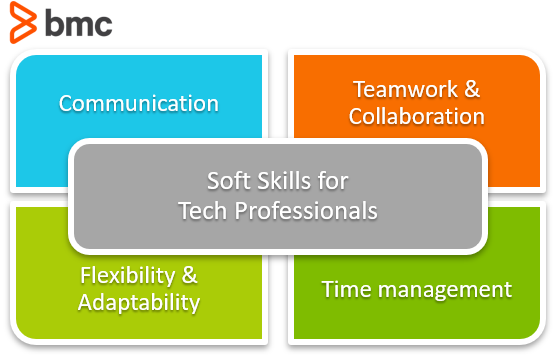 What’s in store for DevOps engineers?

Converting to DevOps has a positive impact on IT organizations from the top down when it comes to:

Early response to employing DevOps throughout organizations has been positive. Perhaps the most surprising result attributed to DevOps has been its impact on company culture. It’s much more than just an IT function. For many organizations, DevOps is treated as a philosophy that impacts how employees interact from top management to entry-level positions.

That’s because it’s based on the credo that everyone in the organization is responsible for overall success. But with many enigmas still surrounding DevOps Engineer roles and responsibilities, hiring managers have a difficult time defining it and hiring within the organization.

That said, the right person for the job must still be well-versed in deployment automation, infrastructure automation, and version control. These skills can be gained in a number of IT roles, most often on the software development side but also via the administration of certain programs.