NumPy supports many statistical distributions. This means it can generate samples from a wide variety of use cases. For example, NumPy can help to statistically predict:

We explain by way of examples.

The NumPy functions don’t calculate probability. Instead they draw samples from the probability distribution of the statistic—resulting in a curve. The curve can be steep and narrow or wide or reach a small value quickly over time.

Its pattern varies by the type of statistic:

Most phenomena in the real world are truly random. For example, if we toss out nearsightedness, clumsiness, and absentmindness, then the chance that someone would get hit by a car is equal for all peoples.

The normal distribution reflects this.

When you use the random() function in programming languages, you are saying to pick from the normal distribution. Samples will tend to hover about some middle point, known as the mean. And the volatility of observations is called the variance. As the name suggests, if it varies a lot then the variance is large.

Let’s look at these distributions.

The arguments for the normal distribution are:

Notice in this that the numbers hover about the mean, 0: 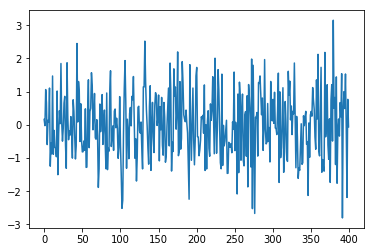 Weibull is most often used in preventive maintenance applications. It’s basically the failure rate over time. In terms of machines like truck components this is called Time to Failure. Manufacturers publish for planning purposes.

A Weibull distribution has a shape and scale parameter. Continuing with the truck example:

This histogram shows the count of unique observations, or frequency distribution: 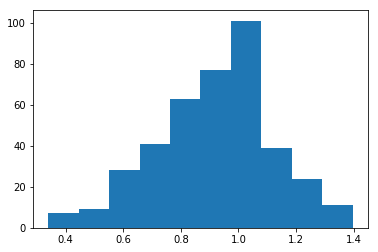 Poisson is the probability of a given number of people in the lines over a period of time.

For example, the length of a queue in a supermarket is governed by the Poisson distribution. If you know that, then you can continue shopping until the line gets shorter and not wait around. That’s because the line length varies, and varies a lot, over time. It’s not the same length all day. So, go shopping or wander the store instead of waiting in the queue.

Here we see the line length varies between 8 and 0, The number function does not return a probability. Remember that it returns an observation, meaning it picks a number subject to the Weibull statistical cure. 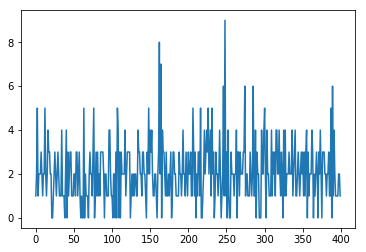 Let’s look at the game of craps. You roll two dice, and you win when you get a 7. You can get a 7 with these rolls:

In the 400 trials, two 6s were rolled about three times. 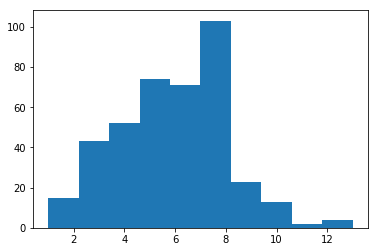 Uniform distribution varies at equal probability between a high and low range. 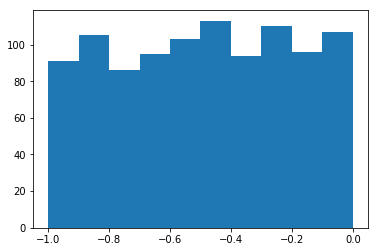