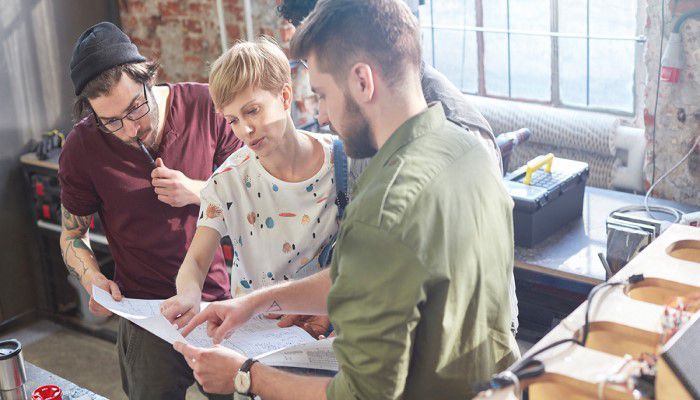 If you did the rounds of IT conferences in the mid-2010s, you could be forgiven for thinking that DevOps was the only path to IT success for your organisation. Every second presentation had ‘DevOps’ somewhere in the title, and those that didn’t were still almost certain to reference it on at least one slide in the deck. How the world has changed!

Perhaps it is just the natural progression of DevOps through the hype curve, and we now see it wallowing in the trough of disillusionment before it heads back up the slope of enlightenment. But, from what I have seen, DevOps has been conspicuously absent from conference agendas in the past year for all but those singularly dedicated DevOps events. Those who would have been preaching the DevOps sermon are now talking in terms of agility and integration, whereas the name DevOps is still suggestive of some sort of divide between development and operations, simply by calling out the two sides of the equation.

So, the question posed is “is DevOps dead?” In short, no it is not.

Normalization and acceptance of DevOps

What we are experiencing is the normalising of DevOps. The concept that development and operations need to work as one to support the outcomes that our customers are asking for has become accepted and ingrained into the way most effective and efficient organizations work. The days when the development team worked on a solution from start to finish, with the customer never seeing it until it was thrown over the fence for the ops team to support are, thankfully, long gone, in all but a few remaining dinosaurs. The Google, Amazon, and Facebook unicorn way of working—delivering working iterations into production constantly—has become an accepted and successful way of working.

Waiting 12 months or longer for a solution to be delivered in its ‘final’ form after weeks of user acceptance testing is a thing of the past. A new entrant to the IT industry would probably assume that the fail-fast way of delivery is the way it has always been, simply because it just makes good sense to work that way.

Waterfall projects are the exception rather than the rule and our businesses and customers are happier as a result. We are no longer seeing those long projects that deliver technology that is out of date before the customer has a chance to use it. The DevOps movement made that transition possible, accepted, and expected.

This is the case, then why is DevOps not the constant topic of conversation and the predominant part of the conferences we attend in 2020? Simply put, DevOps is now so important that it isn’t! We all understand the value and necessity in an environment where technology changes, almost hourly, of making change quickly and incrementally, therefore we no longer need to discuss and debate it—we just have to get on and do it.

I guess what I am saying is that DevOps has been the architect of its own demise, its success and acceptance as the new normal means that it has become ‘just the way we do things around here’. As such it’s become part of the furniture, an accepted part of the fabric of our organizations. It is no longer new and exciting, therefore it is not a talking point for mainstream events, because it is no longer drawing the crowds of people needing to learn and understand what DevOps is.

Every organization I have worked with in the past 4-5 years has adopted the DevOps mindset. The silos that used to divide the development team from the operations side of the house have been, largely, broken down. In many cases these teams have physically co-located. When the service desk starts getting calls on new features, the dev team is there to answer questions and make changes where needed, they see the impact their work has on the effectiveness and efficiency of the business and they understand its impact on the bottom line.

This closeness to the operations teams removes the feeling that they are just there to work on code—developers now have a close connection to business value. Their critical role in creating business success has become more apparent to them.

The best part of moving to a DevOps way of working is the removal of the ‘them and us’ way of thinking that was evident previously, once this transition has been successfully made we stop thinking in terms of dev teams and ops teams and start working as a seamless unit that is there to support business requirements and provide the value they are looking for.

Don’t get me wrong: the adoption of a DevOps way of working still has a long way to go. There are many dinosaurs still addicted to a waterfall-only way of working. More and more are seeing the value in new ways of working, but others will probably never make the move, and this will ultimately be to their detriment.

As I write this in 2020, much of the world is in lockdown. Organizations that have successfully adopted DevOps and other new ways of working will emerge from this in a much better state than those who are still relying on huge waterfall projects to deliver business change. Remote workers have far more chance of delivering successful incremental change than they do of completing a big-bang delivery of a major project.

Rather than being dead, DevOps has become a vital organ in the body of successful, efficient and effective organizations and, as we emerge from our lockdowns, the value of this way of working is likely to become even more evident.

For more on this topic, browse these articles and resources:

Kirstie has been active in service management since 2000, working in a wide range of organizations, from primary industry to large government entities, across New Zealand and Australia. Kirstie has spent much of the past 15 years working at a strategic level as an ITSM consultant. She regularly takes on operational assignments to remember what it's like to be on the ‘coal face’ of service management, as this allows her to provide real and actionable advice as a consultant. Kirstie first qualified as an V2 ITIL Manager in 2004 and spent four years working as the Chief Editor for itSMF International from 2012 where she built a strong global network of service management experts. Kirstie is a member of the authoring team for the ITIL4 book - Direct, Plan and Improve, and a contributing author to the ITIL4 practice guides.