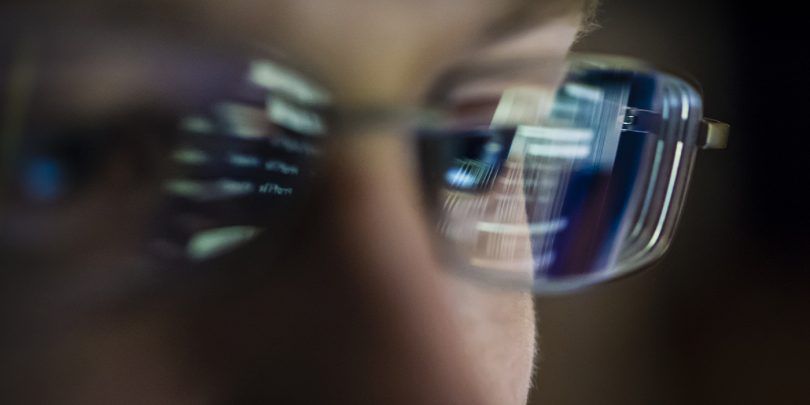 Change can be difficult, which leads many to resist the adoption of new technologies. But while we may resist change, we can’t stay still because the world keeps moving. Mainframe development is advancing, especially with technology that makes our jobs easier and better—improvements that do no good unless we take the time to adopt them.

Developers who have been using Interactive System Productivity Facility (ISPF) for decades and are now faced with learning Eclipse may resist the modern integrated development environment (IDE) because they fear the unknown or are hesitant to change what already works and risk a slowdown. Once developers stop and look at the advantages, they can see how it will help them, so the trick is to turn this hesitation into the excitement of new possibilities.

Don’t just take our word for it. Here’s what we’re hearing from our team bringing Eclipse to hardcore TSO ISPF users through BMC Compuware Topaz. They’ve convinced even the most avid green-screener to convert and not look back.

According to BMC Solution Engineering Manager Roland Kinsman, “One of the features that causes the most hard-core TSO/ISPF user to say, ‘wow’ is the ‘Copy To’ function of the Host Explorer. Being able to copy multiple files and rename them, and even copy them to another LPAR with no shared DASD is a cool trick. There are many other “killer” features of BMC Compuware Topaz Workbench that can make a developer more efficient.

BMC Principal Software Consultant Ed Gannaway adds, “[The] Split feature in the COBOL Editor…allows the user to edit/view their members in two windows simultaneously…their COBOL program’s Data Division in one window and Procedure Division in another. Also, in the Editor, you can quickly navigate your code and JCL using the Outline view that the BMC Compuware Topaz Editor automatically creates.”

“Another capability that programmers like is ‘Show Compile Diagnostics’ when working in BMC Compuware Topaz Host Explorer or BMC Compuware ISPW, which will take the programmer straight to the line(s) in their program that caused their compile to fail. This capability saves having to page through the compiler output and then go open the program and locate the line(s) that caused the issue.”

“The ability to have graphics means users find the ISPW View Impacts helpful in reducing the time it takes to understand what the impacts are for a particular module (Program, Copybook, JCL). That kind of graphical chart isn’t available on the green screen.”

“Code Snippets via the templates feature make things so easy to customize and share, and Host Explorer filters are immense as my ‘old man’ memory kicks in,” explains BMC Field Sales Manager Stuart Ashby. Host Explorer allows you to add multiple frequently used filters for datasets based used on the qualifiers to save a link to a specific file or group of files.

“BMC Compuware Topaz for Enterprise Data [has] the ability to compare records in different data structures [and sharing] ‘projects’ with other team members makes setting up new users easy,” BMC Principal Technical Account Manager Terry Capriotti points out. “Coming from someone who only has two screens, the ability to have multiple ‘perspectives’ and not have to toggle between them is much better than trying to split screens in a 3270 emulator.”

“Using BMC Compuware Xpediter, especially setting up a debug session via the GUI in Eclipse, is so much more straightforward when comparing it to 3270. That’s not only my own opinion, but constant feedback I get from customers,” shares BMC Principal Software Consultant Ralph Nuesse.

“For a batch job, you right-click the JCL member, select ‘Debug as’ and you’re good to go, with the configuration already filled out. Also, the configuration settings are all visible to you in one dialog, and if important information is missing, the dialog will point it out to you. Another eye-opener is the Runtime Visualizer in BMC Compuware Topaz for Program Analysis to visualize your applications in real time. Again, it’s the ease of setting it up in relation to the outcome and wealth of information you get.”

Mediro-ICT Technical Account Manager Lynette Kleynhans appreciates the chart functionality. “I also agree with the templates being a favorite [feature], but [I] have another that makes people say ‘wow’—BMC Compuware Topaz for Program Analysis to view the flow of big programs,” she shares. “Being able to automatically generate a chart of the program you are editing and have it right there makes it easy to understand programs you haven’t worked with before. You can’t get that charting in ISPF.”

When developers hear a good tip or discover a new function, they spread the word. By putting a focus on BMC Compuware Topaz, and using these tips as a guide, you will be able to get your developers working with the best toolset for the most productivity. That is a gain for everyone.

To learn more about any of the functions mentioned here, visit BMC Compuware Topaz Workbench on the BMC documentation site.

Rita is the Senior Product Manager for BMC Compuware Topaz Workbench. She is responsible for growing the strategy and vision for Topaz Workbench and is committed to providing customers with the optimal user experience to better drive their success.