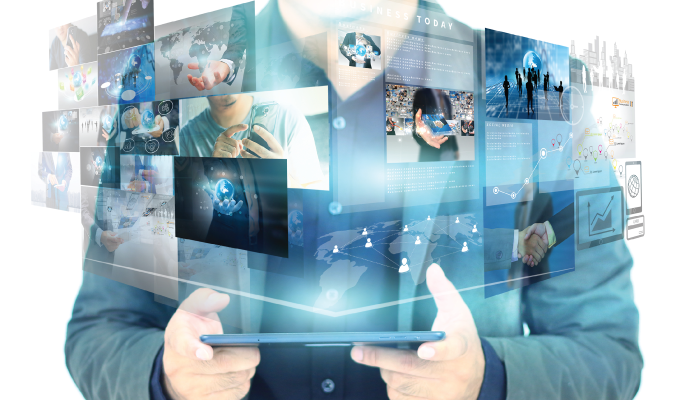 Automation is by no means a new concept, but it is getting a lot of attention these days. Let’s take a look at the practical application of automation within the workplace.

What is workplace automation?

Workplace automation is the process of creating systems that complete a given task with minimal (or no) direct involvement from humans.

A technical distinction: automating many tasks as part of a process or workflow becomes orchestration.

Automation isn’t new. In many ways, workplace automation began during the time of the Industrial Revolution. Then, the advent of assembly lines sought to reduce the skills and knowledge each worker would need in order to create the end product.

The assembly line setup made it so workers could quickly train to accomplish a small set of tasks that made up one small portion of the entire manufacturing process for any given product. The go-to example is automobiles. (Oldsmobile actually used the assembly line for automobile first, before Henry Ford and the Model T of the 1910s truly revolutionized the concept.) This made it possible to:

Of course, you could argue that this doesn’t fit our definition of workplace automation. It doesn’t reduce direct human involvement; it just spreads that involvement out among more workers. However, the assembly line approach paved the way for what is possibly the first true form of automation: conveyor belts.

Conveyor belts directly reduced human involvement. We humans no longer had to carry the product from one stage of production to the next. As time pressed onward, human workers would progressively have work offloaded from them through the creation of advanced robotics that could perform tasks previously accomplished by the human workers.

Today, we’re in the fourth industrial revolution. Workplace automation primarily takes the form of software automation through the application of modern technologies like: 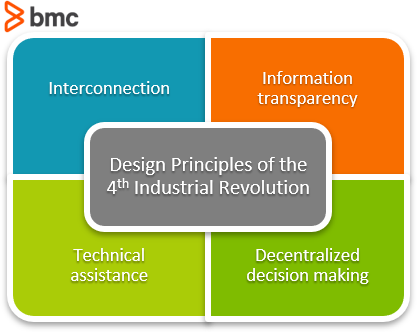 Autocomplete or autofill in programs like Excel helps workers increase data entry speeds and accuracy. These features also saving us from having to type in every last detail thanks to auto-prompted options for completing data as you start to type or click on a spreadsheet cell.

Features like Gmail’s Smart Compose provide suggestions for completing entire emails, using predictive writing suggestions based on previous emails you’ve sent. This type of automation leverages AI to provide writing suggestions tailored to your style of writing by learning how you write over time—allowing it to get better the more you use it.

AI-powered writing suggestions can save a lot of time. According to a Canadian study, business professionals spend an average of 17 hours each week reading, responding to, and sending work emails.

Calling just about any company’s customer support line will almost certainly mean an automated support system. While automated customer service experiences get a bad rap, there are organizations out there leveraging the power of AI to create more seamless and easier-to-use self-service systems.

Interactive voice response (IVR) systems are trying to take things much further than the typical menu-based decision trees that we’re all too familiar with. The Zendesk Customer Experience Trends Report 2020 anticipates that 20% of all customer service requests will be handled by AI-powered IVR systems by 2022.

Customer support automation through these AI systems is even getting to the point where callers are auto-matched with specific customer service reps best equipped to help them. This might be based on the caller and/or the agent:

Companies that develop and support various types of software and apps can use automation to make work easier on their developers. Automation can reduce human error and free up developers to focus on features and improvements that can get to market faster.

With automation in place across customer service, software development, and even infrastructure and operations (I&O) activities, you have a good chance of making you digital transformation succeed.

Ultimately, these systems all aim to increase customer satisfaction. Automation like this also offloads otherwise tedious work from human agents—freeing them up to tackle more complex issues that (for now) still require a human touch. 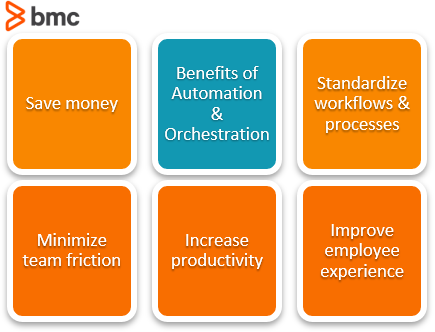 Though automation might seem out of reach, these key benefits will help you get executive buy-in.

The most obvious benefit of workplace automation is cost savings. Running and maintaining a single system that automatically handles tasks is likely a much better ROI than needing multiple workers to accomplish the same task.

Standardizing your products and your processes means both are more reliable. Soon, your company’s reputation will reflect this reliability, too.

Automation isn’t just good for the company, it can be a huge boon for the workers, too. Modern automation is only really good for performing repetitive tasks that don’t involve much nuance or require critical thinking.

Leveraging workplace automation can help save money in the long run while also improving the overall quality of life of the human workforce. This win-win scenario is a tough deal for organizations to pass up and is why we have seen a huge surge in automation over the past few decades.

Can everything be automated?

All this doesn’t mean organizations should automate anything that can be automated. Some tasks may cost more to automate than the money you’d save in the long run. Furthermore, not every organization has the capital necessary to invest in automating tasks when they might not see a return on that investment for many years to come.

The capabilities of modern automation technology is nothing short of incredible, with more innovation guaranteed. Investing in automation is quickly becoming a necessity for businesses in every sector as the technology becomes more advanced and more affordable with every passing year. Applications and methodologies for advanced AI systems continue to improve as more people turn to automation to complete mundane tasks.

We explore select business use cases where Automation Everywhere, a tenet of the Autonomous Digital Enterprise, can solve for common enterprise challenges. Download our e-book to learn more. 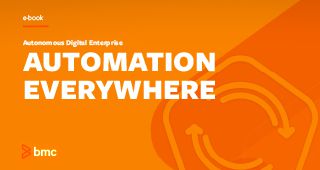