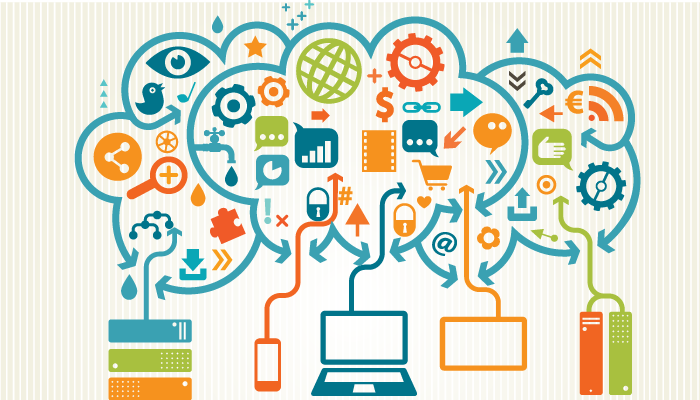 If you could wind the clock back a handful of years to 2014 or 2015, the latest, greatest thing you’d find in digital enterprise software would be SMAC. You probably figured it out from the title of the article, but SMAC is an acronym for Social, Mobile, Analytics, and Cloud. Not too long ago, SMAC was all the rage, but the excitement around SMAC may have been a little short-sighted like many technology trends turned fads.

That said, there’s still some real value in using SMAC for your organization. So before we throw the baby out with the bathwater, let’s look at SMAC in more detail. First, what it is, then how did it come to be the best and the brightest, and why it did it fall from its digital reign. Finally, is it can still be implemented today, should you?

As mentioned already, SMAC quite literally means social, mobile, analytics, and cloud. It’s not meant to be a mind bender, but what is it really? The core concept of SMAC includes the intersection of four important digital marketing philosophies that drive business today. What could go wrong?


The four technologies are defined as follows:

SMAC was an important piece of the puzzle for many businesses seeking digital transformation, another buzzword that we are hearing less of these days. The urgency of digital transformation is fading as many e-commerce businesses have already made the switch, and those who haven’t are severely behind the times. SMAC created an ecosystem where businesses could improve business operations while making the transition to the digital world.

A pioneer in the tapestry of digital services, SMAC uses customer-provided data combined with existing loyalty programs, enterprise social media presence, and other functions while capitalizing on the popularity of cloud computing and mobile technology. Because of the importance of each component of SMAC to the functioning of a consumer-driven digital business, SMAC provides relief to enterprises struggling to put any one of these components in the forefront of their business model, where they all belong.

Using the right SMAC technology can give an enterprise business a competitive advantage. So, what’s the issue? To understand why SMAC may have fizzled out a bit since its promising initial spark in the enterprise digital products market, we need only to look at its rise and fall.

The Rise and Fall of SMAC

Originally developed in 2011, SMAC was a solution for businesses that struggled to see the importance of each of its components while prioritizing them. Driven by data and analytics, SMAC platforms challenged the notion that these services were ancillary to any digital business’s overall success. In a consumerist ecosystem where Amazon, Google, and Facebook are digital leaders, SMAC gives smaller brands a competitive edge.

SMAC has known a number of names since its inception. Some developers call it SoMoClo, as coined by the Aberdeen Group. Gartner looks at the ecosystem of digital businesses, calling the four components of SMAC a “nexus of forces.” Commonly, SMAC is the term most enterprises use to describe the computing program sometimes known as the “third platform,” but SMAC has more than a brand marketing crisis on its hands.

While there have been some misses in the SMAC ecosystem, it’s worth noting that Netflix has been successful in using SMAC to its advantage. As a data-rich, platform stream site, Netflix allows users to watch shows seamlessly between smartphone, tablet, and television. However, some issues with SMAC make it a difficult sell as a one-size solution. For instance, enterprises that are less consumer-driven don’t reap the same benefits from SMAC, which relies heavily on interaction from end users. Other critics suggest that the synergies between the four components don’t necessarily align in perfect complement to one another.

All of that notwithstanding, SMAC, in a way, is insulting to the people who are responsible for funding it—CIOs. The assumption of SMAC is that today’s CIO doesn’t know how to prioritize some of the most important aspects of the digital enterprise, therefore needing a tool to help them. Some say that this SMAC tool is limiting due to its encapsulated nature. It’s probably true that CIOs of 2010, 2011, and 2012, who were staring down possible solutions to digital transformation may have needed more help than they received. Since many businesses today have already transitioned to digital platforms, it’s presumed CIOs have learned the ropes of digital life, such as social media, understanding why these functions are critical to their business. Armed with a little knowledge of each component of SMAC, a CIO’s strategy could provide a more effective solution to the platform, rendering it effectively useless.

That’s because SMAC isn’t entirely all-encompassing while lacking functionality in some pretty significant areas. Some of these include the ability to farm Twitter research, to curate Pinterest for the purpose of business use, and to offer the kind of micro-video application critical to platforms like Instagram. All of that is to reiterate that a comprehensive strategy designed by a competent social manager and backed by the resources of a savvy CIO is more effective than a boxed solution like SMAC. As a result, SMAC is a flash-in-a-pan fad rather than an all-in-one solution.

So, if you’ve made it this far, you may think SMAC is now obsolete. After all, it doesn’t offer a full solution without requiring outside resources while insulting your intelligence, right? Well, let’s not get carried away. SMAC still provides value with the right expectations. Take our Netflix example, for instance, they aren’t worse off for using SMAC.

Companies can use SMAC as a platform to prioritize and consolidate social, mobile, analytics, and cloud resources where it makes sense if the c-suite doesn’t consider it the only solution. It’s pretty simple. If you want a piece of platform technology that can help you prioritize, monitor and analyze these parts of your business in a digital age, SMAC may be for you. But don’t rule out using other resources, including your own strategy, as powerful allies to a tool. At BMC, we think SMAC is an important solution but not as an all-in-one approach. Instead, organizations can use SMAC as part of a larger strategy requiring leadership from a learned CIO.