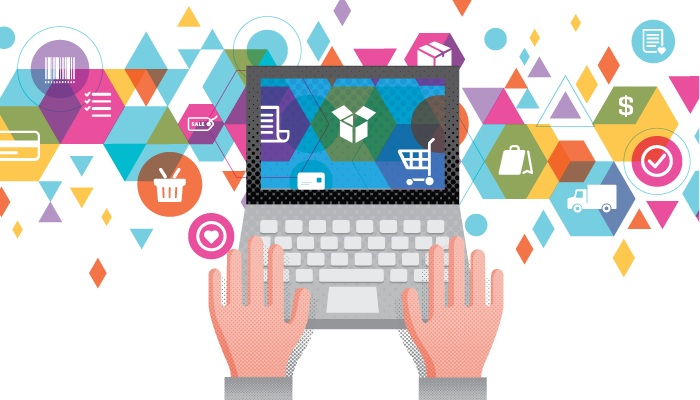 A common thread weaving through today’s most valuable companies is the basis of their business model. The companies we all know and use often on a daily basis are by no means traditional in how they are run or in the ways they make their profits. Instead of mass producing goods to sell to consumers, these multifaceted technology driven companies offer frameworks that allow users to interact with each other and even use these frameworks to build their own companies. Seven of the 10 most valuable companies globally are now based on a platform business model. Alphabet, Facebook, Amazon, Alibaba, and just about any other service we access through an app on our phone all use similar business models to grow exponentially and grab significant market share while composing the modern day platform economy.

A Tale of Two Business Models

Not that long ago, the world’s most valuable companies offered goods and products that were spread across multiple industries, including automakers, manufacturers, oil and gas companies, and brick-and-mortar retailers. They all followed a pipeline business model where the flow of value was linear from producer to consumer, like water flowing through a pipe. Pipeline businesses have been around us for as long as we’ve had industry and were always the dominant business model until the digital revolution of the last few decades. Essentially everything we buy comes to us via a pipe. Manufacturing, television and radio, even educational and service industries are run on this pipeline model.

Years of rapid digital innovation has seen many of those valuable companies from all industries shift from a products-based pipeline model to technology-driven platform models with multiple offerings. Consumer platform services are more commonly known for use in streaming, rideshares, and ecommerce business types. Business-to-business platform services may include software-as-a-service, or SaaS. Platform businesses do not exist only to make things but also to push them out to users and consumers. They encourage their users to create, share, and consume while providing for interaction and commerce with each other. For example, think of cable TV (pipe) and YouTube (platform) or Encyclopedia Britannica (pipe) and Wikipedia (platform).

The simplest way to describe an online platform is to think of it as sort of an online matchmaker. If you need a ride, Uber finds you someone willing to give you a ride home for a fee. If you need a cabin in the mountains on short notice, Airbnb sets you up with someone willing to rent theirs to you and your family. Sure, taxis and hotels have been providing rides home or places to spend the night just as Uber and Airbnb, but unlike NYC’s yellow cab, there is no fleet of leased taxis or expensive medallions–just an agreement between two users using the platform Uber built. The same goes for Airbnb, which may not own one single hotel, but amassed an inventory of one million rooms a staggering 50 years faster than Marriott did. All of this digital matchmaking is made possible thanks to algorithms and cloud computing and, of course, through some really smart and inventive people who took risks to create services a lot of us can’t imagine living without.

A research report by McKinsey suggests more than 30% of global economic activity–some $60 trillion–could be mediated by digital platforms in six years’ time. Their experts also estimate that only 3% of established companies have adopted an effective platform strategy.

Although the usual titans of tech are ubiquitous with examples of modern business models and innovative and disruptive strategy, all is not lost for long established and more traditional businesses. These companies also have the chance to create their own platforms. If creating their own platform seems outside their wheelhouse, then they can at the very least become part of another platform’s ecosystem by leveraging existing platforms to their advantage.

An easy example of a traditional (pipe) company growing into a platform business by acquisitions is Walmart. When the retail giant purchased Jet.com in 2016 and invested in Flipkart in 2018, it quadrupled the number of SKUs (stock keeping units or unique items for sale) from 15 million to 60 million. Now Walmart has a system much like Amazon’s that allows sellers to plug into its platform (walmart.com) and sell their goods to Walmart’s masses of customers. Since the retailer itself doesn’t have to inventory these items, they do not have to carry the risks and costs that come with the extra product while sellers get to participate in global trade on one of the most visited shopping sites on the internet. Walmart also lets sellers fulfill their own orders or rents out its own infrastructure to enable such fulfillment. This shows the power behind creating a platform.

But how can someone without the financial backing of Walmart get started on their silicone road to becoming a participant in this platform economy? The Harvard Business Review suggested three ways a traditional business can go from pipe to platform at its own pace.

Many companies have already embraced and incorporated the easiest way to integrate platform business practices into their own companies by using preexisting digital tools to engage their networks. Facebook, Twitter, and Instagram are prime examples of these tools, and all offer opportunities for two-way, collaborative communication from buyer to seller. Companies like GoPro are engaging their customers through Instagram and encouraging them to post videos of their own adventures taken with their cameras. Instagram is a free service and when your customers are happy enough to tag your company in their posts, it can lead to a lot of free advertising when you have the platform working for you.

Partner up or invest

Car manufacturers from Ford and GM to even Jaguar have made large investments in ridesharing companies like Uber and Lyft over the past five years. Many car makers are hedging bets on the future of autonomous vehicles while making large investments into partnerships to develop their own autonomous vehicles, which promises riding to be the future of driving.

The toughest option is taking an existing company and devoting a lot of time, manpower and money to building a digital platform yourself. There will be technology and skill gaps to overcome, and it will take years of effort to create the right team to build the right platform. But for some companies with deep enough pockets and a clear enough vision of what they want their platform to be, then this may be the best way to bring value to their market. When the CEO of General Electric began its own digital transformation to create Predix, he said it required new talent throughout GE, not just in IT. The company developed new leadership and culture designed around understanding their customer base. The results showed when Predix, a platform for the industrial internet, generated $5 billion in revenue in 2015.

A lot has been written about the platform economy covering its benefits, its faults, and its future. Experts agree that even though there are challenges with data sharing, privacy and information selling, the platform economy isn’t going away anytime soon. On a macro level, seven out of the top ten largest companies in the world are a platform model, but only a small fraction of the top thousand can be considered a true platform. There is still a lot of room for growth and innovation from both sides as the big players reach further into new industries while traditional businesses learn to adapt and develop into hybrid business models, hopefully combining the best of both models.