In the Kubernetes world, there are two types of resources: 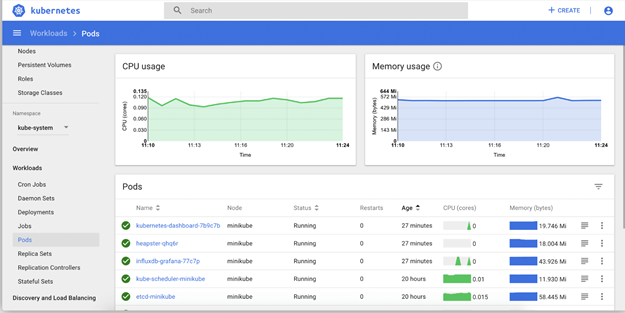 By default, when you deploy a pod, the pod containers essentially consume whatever compute resources are available on that worker node instance. That’s great—we don’t have to worry about anything, then, right?

To solve this issue, Kubernetes has resource requests and limits which help control the amount of resources a pod container consumes, ensuring the highest level of quality of service (QoS). It is important to point out that QoS (requests and limits) can also apply to namespaces, not just pods. That way if you have multiple dev teams deploying to a cluster, you can control resource consumption depending on the priority of the service.

How resource request and limit works

Fundamentally, a worker node or instance only allocate a certain portion of its overall compute resource for pods to use so, that portion is what is shared between all pods scheduled on that node. Kubernetes scheduler makes sure that the sum of all the compute resource of containers running on the instance does not exceed the overall allocated resource for pods. It is important to know the difference between request and limit.

Keep in mind that pod scheduling is based on request, not limit, but a pod and its containers are not allowed to exceed the limit specified. When you deploy a pod, a capacity check determines whether the total amount of compute resource requested is not more than what the node can allocate.

How request and limits are enforced

Pods are guaranteed the amount of CPU requested; they may or may not get more CPU depending on other pods running and anything past the limit is throttled. Pod memory request are also guaranteed but when pods exceed memory limit, the process inside the container that is using the most memory will be killed. The pod will not be terminated but the process inside the container using the memory will be terminated.

We can designate three types of classes—best effort, guaranteed, and burstable—to tell the system which pods to terminate first.