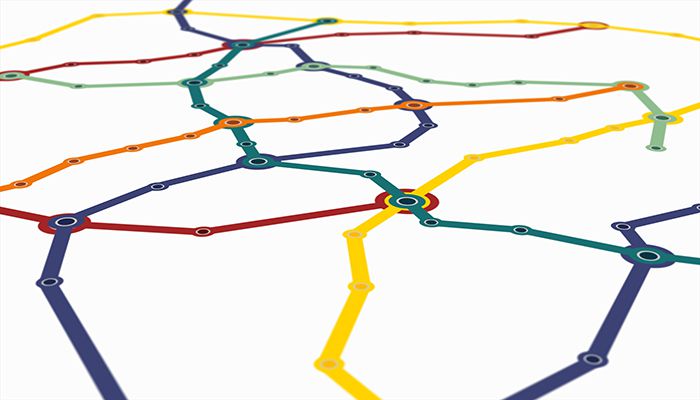 The term IT infrastructure is defined in ITIL as a combined set of hardware, software, networks, facilities, etc. (including all of the information technology related equipment) used to develop, test, deliver, monitor, control, or support IT services.

Associated people, processes, and documentation are not part of IT Infrastructure. 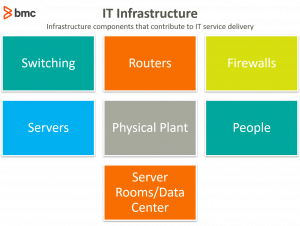 A network switch is the device that provides connectivity between network devices on a Local Area Network (LAN). A switch contains several ports that physically connect to other network devices, including:

Routers move packets between networks. Routing allows devices separated on different LANs to talk to each other by determining the next “hop” that will allow the network packet to eventually get to its destination.

If you have ever manually configured your IP address on a workstation, the default gateway value that you keyed in was the IP address of your router.

Firewalls are security devices at the edge of the network. The firewall can be thought of as the guardian or gatekeeper.

A set of rules defines what types of network traffic will be allowed through the firewall and what will be blocked.

In the simplest version of a firewall, rules can be created which allow a specific port and/or protocol for traffic from one device (or a group of devices) to a device or group of devices. For example, if you want to host your own web server and limit it to only web traffic, you would typically have two firewall rules that look something like this:

The source is the originating device. In this case, ‘any’ means ‘allow any computer to communicate’. Destination is the specific IP address of your internal web server. Port/Protocol defines what type of traffic is allowed from the source to the destination. Most firewall devices allow for a description for each rule that have no effect on the rule itself. It is used only for notes.

Firewall devices can get complicated quickly. There are many different types of firewalls which approach managing traffic in different ways. Detailed firewall capabilities and methods are beyond the scope of this post.

A network server is simply another computer, but usually larger in terms of resources than what most people think of. A server allows multiple users to access and share its resources. There are several types of servers, with the following being among the most common:

The physical plant is all of the network cabling in your office buildings and server room/data center. This all too often neglected part of your infrastructure usually is the weakest link and is the cause of most system outages when not managed properly. There are two main types of cabling in the infrastructure:

Each type of cabling has several different subtypes, depending on the speed and distance required to connect devices.

By the strict ITIL definition, people are not considered part of the network infrastructure. However, without competent, well-qualified people in charge of running and maintaining your infrastructure, you will artificially limit the capabilities of your organization.

The server room, or data center in large organizations, can be thought of as the central core of your network. It is the location in which you place all of your servers, and it usually acts as the center of most networks.