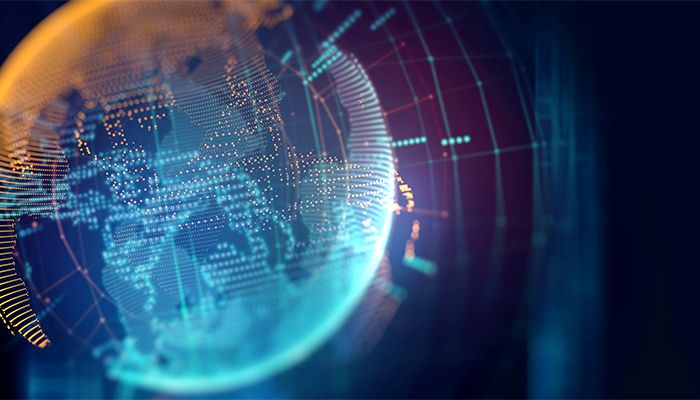 Here we explain how to track users and tweets by their location. As we will see, there are some limits. (For more background on GEOJson, i.e., the universal standard to designate geographic location, you can read what we wrote about using locations in MongoDB here.)

You can track Tweets by location. But there is a limit to that, as Twitter users must opt into location tracking or manually add the location to tweets.

By one purely anecdotal estimate, somewhere between 1% of Twitter users have set up precise location tracking and 10% have set up tracking to a wider area, such as a city. This means it might not be really useful for marketing, customer support, or other kids of research. But if you want to pursue this further, you could study this academic paper and write an ML algorithm to improve user tracking accuracy to make your application be better at doing that.

To get started, here is what a Tweet looks like from a browser. You can click the Add Location button and it will insert what Twitter calls a Place, which in GEOJson is called a Polygon. So that will be a general area, like a city, unless the user has also enable Precise Location Tracking. 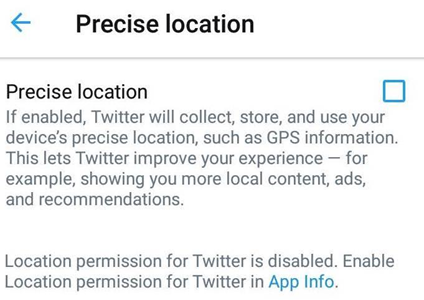 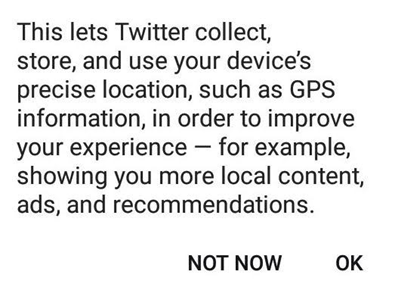 And here is a general location, like a city, called a Place, defined by a rectangle, which in GEOJson is called a Polygon, which, of course, does not match the mathematical description of that. The Twitter Polygon are 4 line segments, which make a square.

Example of User Location Tracking with Twitter and Tweepy

Below are some excerpts of a longer program, which is located here, which Streams tweets based on location, language, and text. It then stores the tweets in Kafka.

In this case the location (i.e. Polygon) is a square imposed on the state of Connecticut. (You can use this mapping tool to determine the coordinates around a particular area.).

You track Tweet by location, language, and text by passing the three arrays shown below into the stream.filter() method of Tweepy, which is a Python API for Twitter.

The location is a rectangle whose first two coordinates (longitude and latitude) are the bottom left corner and the last two are the top right corner. Tweepy does not support multi-sided and disjointed geographical areas, as goes GEOJson Polygons, which would be useful to define, say, the precise boundaries of a city.

The rest of the code sets up the streaming Twitter API. It also uses Kafka.

Because Tweepy does not know about Kafka we extend the Listener class with ListenerChild so that we could make the Kafka producer object available to Tweepy.

We then pass the Kafka producer object into the extended object ListenerChild like this:

And then we use ListenerChild instead of the original Listener when we create the Twitter stream. That makes the Kafka producer available to Tweepy.

When a Tweet does not contain a GEOJson object, then your code has been paused by Twitter. So we print that message below.

Note that it’s important to use these two arguments wait_on_rate_limit=True,wait_on_rate_limit_notify=True, so that your program runs within the rate limit defined by Twitter. This means your program will pause a few seconds every few seconds, so it’s not long. If you use those two arguments you can turn on your stream and it can run for as long as you want without being shut down by Twitter.

Here are the rest of the code excerpts all together. We put 1 == 1 in Listener because we need some instruction there or Python will complain about an indentation error.