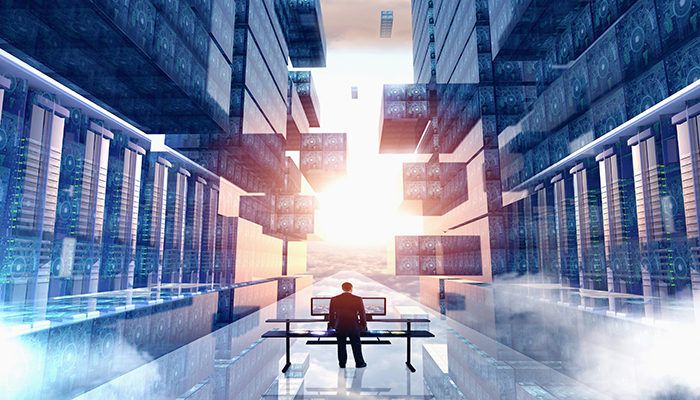 IT virtualization is the creation of a virtual—rather than a physical—version of an IT device or resource. Many people think of virtualization only in terms of virtual machines (VMs), where one physical machine hosts many VMs running different operating system implementations. It’s not uncommon for example, for a single Intel or IBM POWER system to host several different virtual machines using the Windows, Linux, IBM i, or AIX operating systems, dramatically decreasing the physical hardware space needed in your Data Center (DC).

But it’s a mistake to think of virtualization only in terms of virtual machines. Virtualization technologies are used for several different DC functions, including some that you may not even think of as virtualized features. This week, let’s look at the world of virtualization and where it can and will benefit you.

Virtualization has its origins in the mid-1960s when users relied on slow and inefficient batch processing and required expensive mainframe machines to speed up the process. A resource sharing system was required for multiple users to perform multiple batch jobs simultaneously. Original mainframe OS that enabled these capabilities made the overall system too complex and underoptimized. There used to be a single operating system image for every machine. The hardware resources and software systems were tightly coupled. Installing a piece of hardware to boost performance required users to shut down the entire system and when the systems were running, most machines could operate only a single application at a time to avoid system conflicts. The resulting infrastructure inflexibility and high cost of operating infrastructure resources necessitated a solution where the software application layer could be decoupled from the underlying hardware infrastructure.


To address this problem, the Virtualization model of computing was invented.

The term Virtualization is described as the decoupling of a service request or system resource from the underlying physical infrastructure that powers the service. It is the science of emulating a hardware functionality within a software system – creating a virtual version of a physical systems such as hardware platforms, storage and network resources. The hardware resources are logically distributed between software applications that can consume the computing power in virtual infrastructure environments without having to depend on the physical hardware components. As a result, virtualization lets organizations operate hundreds of servers in the same way they operate a few server machines. This capability translates into easy, low-cost, manageable and optimized server operations.

At the machine level, every computing operation is represented in binary digits, 1’s and 0’s. These digits can also be represented as the transistor states within computer processors: On and Off states. Computing processes involve the changing combination of these states or binary digits. These changing combinations or computing processes result from communication between the user, software application, operating system and the underlying hardware.

Virtualization takes advantage of this process by emulating the hardware functionality that can be interpreted in binary digits at a machine level and delivers the virtualized environment in the form of software containers called Virtual Machine (VM). Each VM is typically isolated and provides an environment for operating systems and software apps to be operated separately from other VMs. The underlying hardware resources are pooled simultaneously between the VMs and delivered dynamically using Hypervisors.
A Hypervisor or Virtual Machine Manager (VMM) can be defined as the process, software, firmware or technique that is used to allocate physical hardware resources between multiple VMs.

What benefits does virtualization provider?

The benefits of virtualization

Virtualization provides many benefits to an IT organization, including:

As you prepare your server workloads for the virtual world, you need to make a range of considerations to ensure performance, efficiencies, cost effectiveness, security and availability of the virtualized resources. The following considerations will be key in achieving those goals:

The bottom-line is that virtualization offers significant improvements over physical infrastructure environments. For many workloads with high requirements on flexibility and scalability, virtualization may be a necessity. The next wave of virtualization that allows users to run multiple distributed applications in isolated, portable and reproducible virtual environments is particularly interesting and has been generating significant hype among the IT folks – and it’s called Containerization.