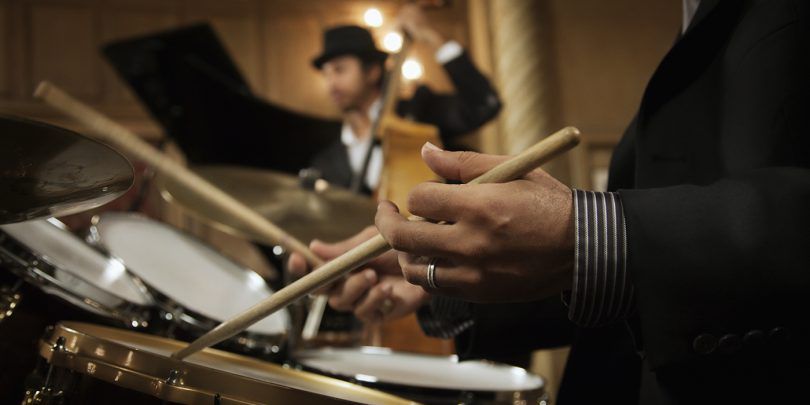 On the evening of January 16, 1938, Benny Goodman took the stage at New York’s famous Carnegie Hall with his big band. It was a big risk and there was some nervousness among the band members because it was the first time that a swing band played there, and many critics felt they didn’t belong in such a prestigious venue. The opening number was one of their regular numbers, “Don’t Be That Way,” which was normally very popular. But it fell flat. The band was stiff, and the audience reserved. This was not a good start.

Then, midway through the song, the drummer, Gene Krupa, started dropping strong drum accent “bombs” that stood out. He then played a two-bar break that lasted only three seconds, but brought the audience in. As Krupa said later, “I knew I had to do something. So, I had my drum breaks. So, I just hit everything I possibly could. Made a lot of noise. It woke everybody up. From then on it was smooth sailing.” He was right; that shook up the band, they loosened up, and the audience responded. If you listen to the recording now, you can hear, and feel, this change happening. The concert went on to become a success and proved that swing music belonged.

This illustrates the power of having a member of a team realize things aren’t as they should be and step up to move things in the right direction. I asked Allyson Briggs, singer and band leader of Fleur Seule, about the role played by each member of a band.

“A strong team is not one thing, it is many individuals keeping things flowing to appear as one,” she said. “When I come off a three-gig day, the guys know I need a little extra energy and support on that brunch gig the next day. If we get into a tune and someone is lost in the chart, we all sense it and rally to pick them up where they are to get back on track, while not letting the audience know. Being part of a team is holding your own yet knowing when to jump in to help.”

While Agile Scrum teams may have a “scrum master,” every member has a responsibility. They cannot rely on only one person to provide leadership. Effective teams follow these practices:

A great development team should be like great jazz musicians. They should play well off of each other, with each picking up where others left off and focusing on the whole group, as well as their role within it. Only by combining their individual talents and roles can they produce something that will really matter in the long run.