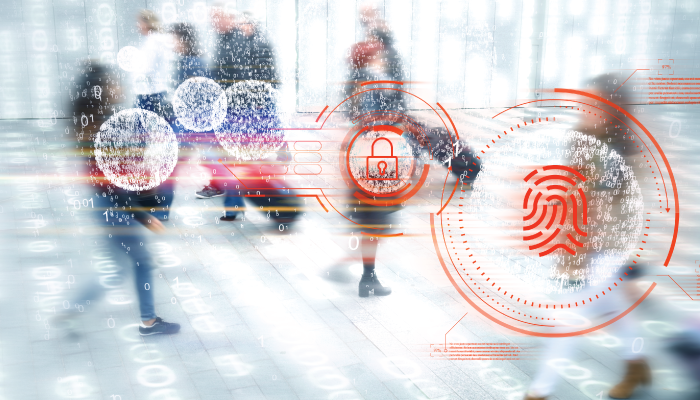 Zero trust network access attempts to solve the most basic security problem, which is:

How can you secure systems, services, applications, and data that can be accessed anywhere, anytime, by any user using any device, on an organizational network and in the cloud?

This article introduces zero trust network access (ZTNA) and how it shores up network resource security. We will look at:

Many organizational networks still rely on traditional perimeter security to protect data and applications from bad actors and malware attacks.

Perimeter networks use a castle-and-moat concept. Like a moat surrounding a castle, a perimeter network is surrounded by DMZ security barriers. Firewalls, VPNs, edge servers, and other devices residing in the DMZ attempt to keep bad guys out and let good guys in. Anyone who crosses the DMZ moat—good or bad—is generally considered trusted and able to reach the assets behind the DMZ. Perimeter security’s access model is Trust, but Verify.

Unfortunately, in perimeter networks, trust is vulnerability. Behind the DMZ, everything is considered trusted. Users and devices can move freely inside the network—this is called lateral movement. Hackers can infiltrate, access, and extract data anywhere in the network, if they can just get past the perimeter.

Traditional perimeter networks by themselves create a threat-conducive environment. Users, apps, and data reside on premises and in the cloud. Any user can access these, anywhere, anytime, using both approved and unsecured, unpatched BYOD equipment. Pervasive cloud access has made perimeter boundaries fuzzy or altogether non-existent—all the easier to breach.

With resources and services residing in multiple locations inside the physical network and in the cloud, threat attack surface areas have expanded. Security access capabilities need to evolve beyond using only perimeter security.

The zero trust network security model is Never Trust, Always Verify. The ZTNA philosophy assumes there will always be attackers originating from both outside and inside the network. No user or device should be automatically trusted, even when they get past the DMZ. This directly contrasts the Trust, but Verify model of traditional perimeter security.

Zero trust networks require verification whenever a user or device requests resource access, regardless of whether the requester sits inside the organizational network. ZTNA does not rely on a DMZ perimeter consisting of VPNs, firewalls, edge servers, and other security devices protecting restricted resources.

How does ZTNA work?

ZTNA products and services create an environment that defends both your physical (on premises) and logical (cloud-based) resources. Applications are non-discoverable (hidden) and access is verified by a trust broker, who allows or denies access using these three key steps: 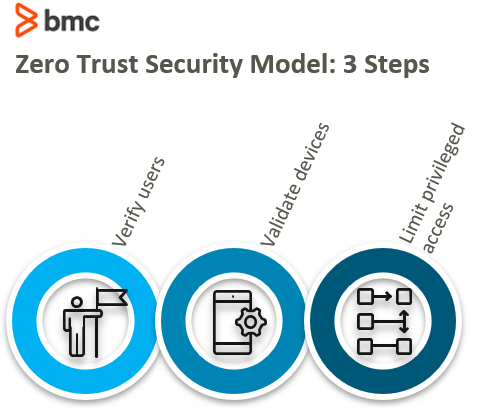 ZTNA is not a single technology philosophy. Rather it encompasses a range of technologies for verifying the requesting user or device and providing access. The table below shows some of the different technologies used in ZTNA environments and how they are used to allow or deny resource access. 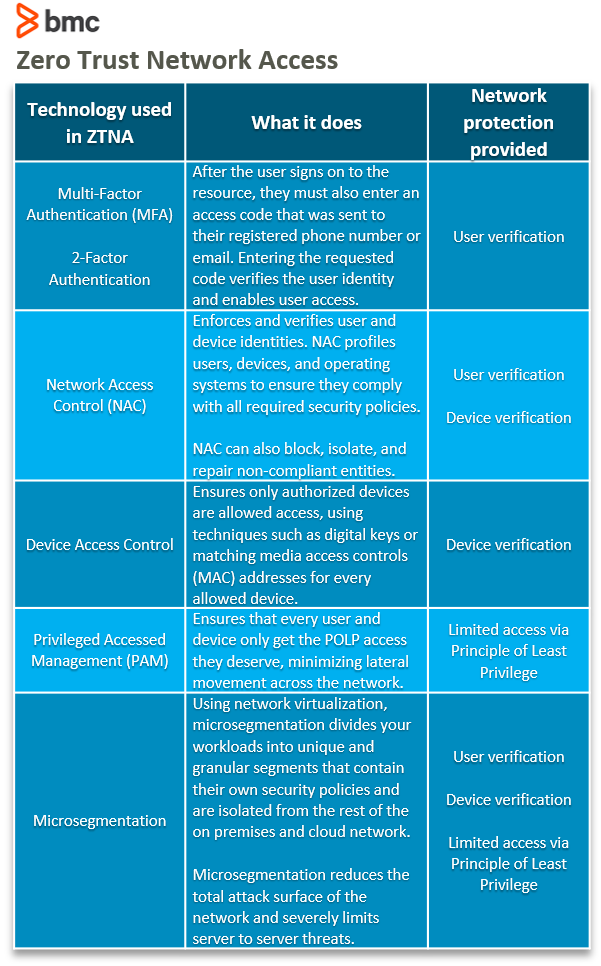 According to the recent Market Guide for Zero Trust Network Access, Gartner estimates that 90% of its clients are implementing ZTNA in its as-a-service flavor. Many major networking vendors offer ZTNA products, including:

The future of ZTNA

Implementing ZTNA security is a possible solution for redefining and centering security around network resource needs, instead of the DMZ. Unlike perimeter security, ZTNA reduces insider threat risks by always verifying users and validating devices before granting access to sensitive resources. For outside users, services are hidden on the public internet, protecting them from attackers, and access will be provided only after approval from their trust broker. With ZTNA, reducing unearned trust improves security.

With digital transformation efforts, many organizations will have more systems, applications, and data in the cloud than they have in their on premises networks. Cloud-based ZTNA services, in particular, migrate verification, validation, and privilege assignment services to where the user is: the cloud.

There are network and Internet issues to consider when implementing ZTNA, including:

Trust brokers should not become single points of failure. In general, a zero trust network should remain secure when any individual account or endpoint is compromised.

ZTNA services will not replace perimeter security overnight. Castle and moat security will continue to be used in the right settings. Over time, however, organizations will implement security models such as ZTNA to provide safer targeted access to valued resources and eliminate issues with automatic trusted access.

For more on this and related topics, explore these resources: 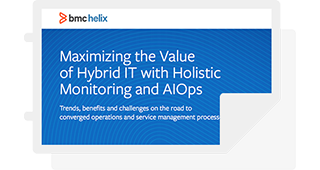 By integrating ITSM and ITOM data into a single view, you can overcome the friction and fragmentation created by hybrid IT. Download now › ›