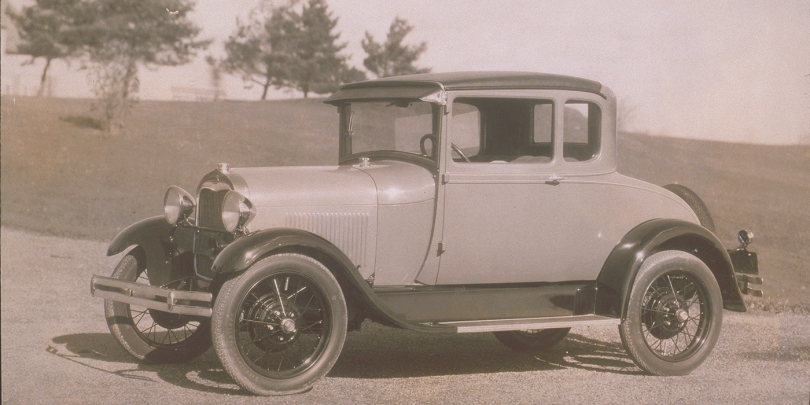 Back in 1927, the Ford Motor Company introduced the Model A to replace the legendary Model T which had been in production for close to 20 years with few changes in design. This was a chance for Ford to start over and design a much more modern car. But in doing so, it didn’t ignore the simplicity which made the Model T such a success.

As an example, the original design for the carburetor on the new engine had 14 little screws. That was judged to be too complex, not only for assembly but for future maintenance and repair. When Zenith, the company contracted to design and manufacture the new carburetor, was told to redesign it for simplicity, it came back with a version that only had two bolts holding the carburetor together. According to a well-known story, when presented with the new design Henry Ford said, “Two is too many—make it just one bolt!” In the end, millions of Ford Model As were produced with carburetors using only one bolt. Many are still running today.

That simplicity helped in manufacturing then, and for maintenance thereafter. When I look at software development, I’m sometimes reminded of this example. As I tell developers, “Simple is hard, but most often worth it.” How often do we code 100 lines when ten will do? Why does this matter? For the same reasons it did with the Model A: It’s simpler to manufacture and simpler to maintain.

Alyashae continues, “As an example, be sure to compartmentalize. That means breaking the code into simple blocks or compartments which are assembled to build the logic. Each block should be easy to understand on its own; the function is clear. I think of it like a shape-sorter toy for kids—the existing code [or]system infrastructure is the box and the new code being added is like the shapes. If the structure is set up correctly, then the shapes fit just in place with where they belong, almost conceptually like the toy.” Avoid making code too long and too complex. You may think it’s easier that way, and it may be when you are writing it, but it won’t be over the long-term.

I’ll say it again—Simple is hard. Developers need to take steps to deliver simplicity if we want to deliver code that can be easily maintained in the future.