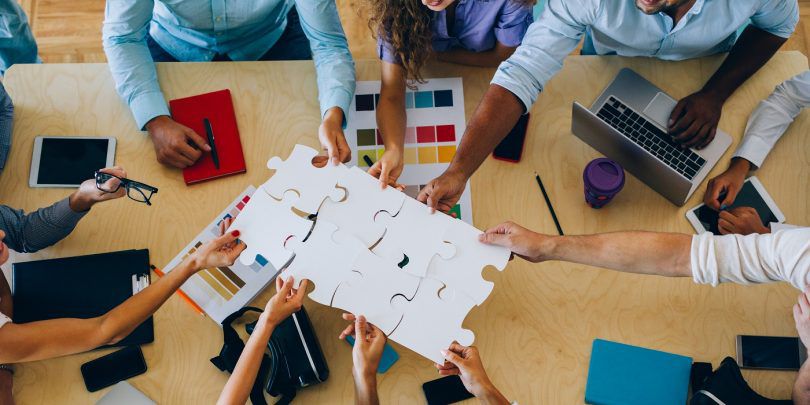 As we mark the first Black History Month following the events of 2020, attention is being paid to how companies are responding to their learnings from the Black Lives Matter movement and putting them into practice. And more companies have recognized that one month a year doesn’t come close to being enough. The enormity of social justice inequalities coming to light last year has been a catalyst for many businesses to look within themselves at how they do business—as an organization, as an employer, and as a member of the community and the world.

The recent Fortune/Deloitte CEO Study found that 96 percent of CEOs now consider diversity, equity, and inclusion (that’s the DEI you’re starting to see more often in the corporate vernacular) to be a strategic priority, integral to building a culture that’s better reflective of the world in which we live. And it acknowledges and embraces the uniqueness that every single person brings to a company’s vision. Together, we are better, and that’s better for business.

One way to do this from the outset is to recognize the importance of language and how we use it in speech and the written word. As the world has changed, and awareness along with it, once-standard terminology is being retired and replaced with more inclusive language. So, what do we mean by that?

Well, for the tech industry in particular, think of its historical origins—it was created by white men and their conditioning, so terms such as slave, master, whitelist, blacklist, man hours, foreman, etc., were added to the lexicon without a second thought. This language is micro-aggressive—subtle, intentional or unintentional, and containing some sort of bias towards historically marginalized groups. Business leaders are working to eliminate it and introduce new standard terms.

The Inclusive Naming Initiative is a business collective tasked with defining processes and tools to remove harmful language and replace it with neutral terms. BMC is proud to be one of its member organizations.

DEI initiatives also strive to address issues of gender, gender identity, and gender discrimination, and there are new rules for that, too. For example, new social norms around gender identity have created an awareness and ownership of pronouns. It’s rapidly becoming a part of the social discourse, and social media, to include mention of “he/him,” “she/her,” or “they/them” in how you identify and wish to be referred to in the third person.

Here is a basic guide to problematic terms you might use every day without being conscious of their impact, and alternative options. BMC is addressing this with our own employees and partners through a style guide resource on how to use inclusive language.

In the employment arena, organizations are recognizing that unconscious bias and gender coding has crept into—or pulled up a chair and camped out in—everything from hiring through to promotion and retention, and are working to correct that. This is one area where the tech industry, and its products, are helping.

In fact, artificial intelligence (AI) is helping flag things that humans might miss, or not even intend to do, by analyzing language. Many companies, including BMC, have started to pre-check their job postings against a detector like Kat Matfield’s Gender Decoder, a Grammarly-type tool that scans postings for gender-coded terms that might slant a job toward—or preclude—an applicant who identifies as male or female.

AI still has some kinks to work out, though, such as algorithmic bias, which exists, again, as a result of the technologists who created it. When early developers were building and testing these tools, they used themselves—who were neither an ethnically nor racially diverse set of subjects—as the baseline. As these algorithms have been put into practice for facial pattern recognition and surveillance, they’re not wholly effective—and, as a source of racial profiling and misidentification—are often dangerous. So, it’s important to thoroughly investigate the tools you may use to ensure they’re using AI responsibly.

Putting more care and attention into inclusive language when hiring is bit of a self-fulfilling prophecy—you’re actively building a more diverse and inclusive workforce. From, there, the onus is on companies, past the point of making a diverse hire, to also actively include those new hires in organizational activities and decision-making to build a truly inclusive culture.

More prospective employees are making that a dealbreaker, too. In Lenovo and Intel’s 2020 brief, Diversity & Inclusion in the Global Workplace, over half of its global survey respondents said that a company’s diversity and inclusion policies were “extremely” or “very” important when deciding where to apply and whether to accept an offer.

AI, machine learning, and advanced analytics are also helping companies keep a better eye on how their employees feel about their workplace and their jobs through employee surveys and well-being assessments that gauge satisfaction levels, and algorithmic matching to advancement opportunities.

That said, there are still gaps to fill between action and perception. A recent multi-year PwC study found that while 63 percent of business leaders believe they’re doing a good job communicating about employee and leadership diversity, only 42 percent of employees agree with them—and 33 percent feel that diversity is a barrier to their progression within the organization.

At the end of the day, implementing DEI creates equitable opportunities for everyone to succeed, and that’s just good business, with both social and financial returns on investment. The Wall Street Journal’s research of DEI across the S&P 500 discovered that the 20 most diverse companies among those it surveyed have better operating results on average than the lowest-scoring firms, and their shares typically outperform those of the least-diverse firms, proving that inclusion is not only the right thing to do but is also the business imperative of our time.

The strength of BMC comes from our people who live our values every day, which include, “Prioritize People” and “Do the Right Thing.” As part of living this commitment, we advocate for awareness, empathy, and curiosity to understand each other, as a business and a culture, because the Autonomous Digital Enterprise includes everyone.

Organizations must embrace intelligent, tech-enabled systems across every facet of the business to thrive during seismic changes—in short, become an Autonomous Digital Enterprise. 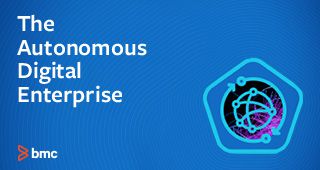 Wendy is the head of Corporate Social Responsibility at BMC, where she champions equity & inclusion through programming where people can thrive, feel heard, and do some of the best work of their lives. Her mantra: Gratitude is free.