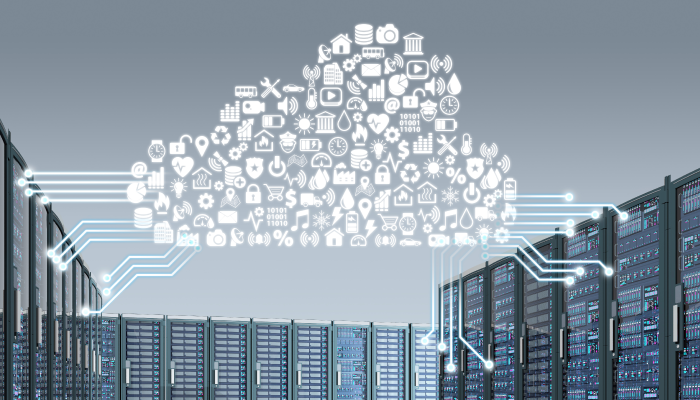 In this Run and Reinvent podcast, I chat with Scott O’Hare, director of IT operations for the U.S. Department of Agriculture (USDA), about the agency’s move to the cloud, the challenges it faced, and what it means to be Cloud Smart. Below is a condensed transcript of our conversation.

Allison Cramer: What does multi-cloud mean for the federal government?

Scott O’Hare: For us, it is taking the combination of the private data center cloud, which, we’ve been doing for quite some time, and it’s extending that into Azure and AWS. So, we have this holistic cloud [which are] multiple clouds working together to give our customers the choice of where they want to be hosting their applications and platforms.

Allison: How did you decide that you were going to the cloud and these are the options we’ll have? How did you work thought that with your constituents?

Scott: Like I said, we’ve been doing this for a while, so we feel like we understand how to provide sort of cloud services in the private data center model. The challenge is with technology and with these different options available to consumers, they’re changing so quickly. And the expectations of the customers also changed along with that, it’s very hard to keep pace as a large infrastructure sort of data center provider.

So, if a new [federal] customer wants to come do business with us, they present their portfolio of existing services, and we try to size them out. The thought of being able to go out into an Azure and AWS, which we all think of having unlimited capacity and capability, but you only pay for what you need as you need it, makes it very enticing for us. We get away from those traditional capital expenses and turn those into operating costs where we’re just passing that directly onto the customer. We don’t have to charge them for sort of the entire data center footprint.

Allison: Some folks have gone through that cloud journey have had some unpleasant surprises as they try to shift some of those costs around. Maybe they have different dependencies that they didn’t completely understand and what moving from a CapEx to an OpEx structure, how that would change their cost basis. Did you have any of those challenges or was a little bit smoother for you?

Scott: Absolutely. If anybody tells you it’s, uh, easy, I think you need to dive a little deeper into what their definition of easy is. We’ve been on this cloud journey for six or seven years since it was sort of originally decided that everybody is going to be moving to the cloud and getting out of doing everything themselves and having known data centers, etcetera. So, it wasn’t really until the last 12 months, I would say, that we kind of figured out how to make some substantial progress forward.

A lot of those challenges were, ah, culture is the biggest challenge. It’s convincing an organization that might be 30, 40, 50 years old, and it’s really set in doing that a certain way, that there are different ways to do it. That it doesn’t necessarily mean that you’re not going to have a role or a position or a job when it’s done, it just means that we need to figure out how to repurpose people.

What we found is if we start with what we’re doing well today, before we move out into the cloud. And we try to say, “How can we replicate where it makes sense, some of these things out in the cloud space?” It was really about identifying what we were really good at and where we wanted to complement ourselves and take these really small chunks and kind of dipped our toes out into the commercial cloud space and see what we could come up with.

Allison :Could you elaborate there a little bit more of like, what do you think it takes to be cloud smart?

Scott: The concept of Cloud First, which has been sort of the brand or the moniker for years now. It’s like everybody needs to get out there. I think it paralyzes pretty much everybody that I work with and partner with and I’ve dealt with. They know that they’re supposed to do it, but don’t really understand how or why to do it. Cloud Smart is about refocusing that line of thought and figuring out where it makes sense in your portfolio to take those small steps and get out there as it makes sense and as you can prove that it’s successful.

We give ourselves very targeted goals in very aggressive time frames. We’re doing sort of an agile development methodology and we’ll say we have this to accomplish in 30 days. If we don’t, then that’s the fail part, and that’s fine because the other part of fail fast is if I fail, then what’s Plan B? Well, what did we have in the pipeline ready to go to try something else? But we don’t sit there and try for six or nine or 12 months to accomplish a single task for a set of small tasks. We try to keep the scope small, deliver in a very aggressive timeframe and monitor ourselves and be able to say, we either made it or we didn’t in that very short window.

Allison: Do you have any advice that you give to people who are trying to figure out how to determine the success metrics?

Scott: I understand that most people, when they’re pitching the advantages of moving to the cloud cost, comes up right away. The nice thing is we didn’t focus on cost first. So, we have these four pillars in order of priority that we focused on were we’re sort of moving or extending our services out into the commercial cloud. And the number one pillar is security. And number two is performance. Number three is actually cost. And, number four is customer experience. So cost is in there. But it’s not the most important thing.

Allison: What were some of the things that you concerned yourself with or looked at as you were moving to the cloud?

Scott: I don’t know that it’s really unique among different organizations or providers out there, but we tried to assess what we were doing well today. Instead of going out to the commercial cloud and rebuilding everything from scratch, we took all of those tools, all those processes, all that automation, even all of that staff, and we extended it virtually out into the commercial space.

That was one of the major ways to get over that cultural hurdle. They’re still doing the same thing. The same tickets are coming to them, the same methods that they’re using to manage those assets, to scan, to patch, to respond to incidents. It’s all the same. We didn’t have to retrain everybody. There’s not a lot of difference from managing cloud service on prem versus managing in commercial cloud when you design it in this manner.