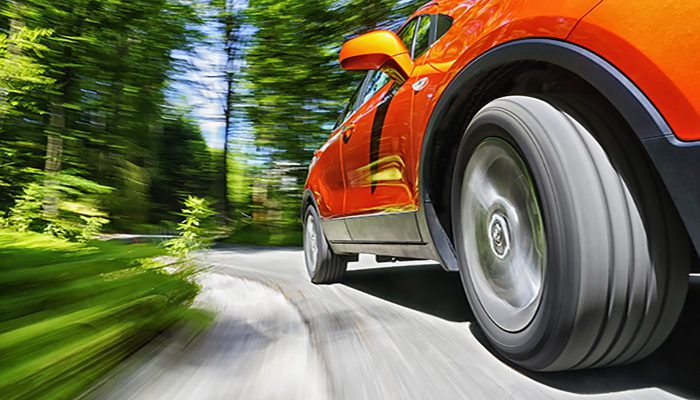 In today’s digital economy, there is more pressure than ever to deliver new services and applications as quickly as possible. To keep customers satisfied and keep pace with their competitors, organizations are quickly accelerating their software delivery lifecycles (SDLCs) with practices like agile development and DevOps. But this need for speed also introduces new risk. Releasing software faster isn’t good enough—the software must work as planned before being delivered to customers. Speed is good, but speed with quality is what satisfies customers.

“Shift left” testing simply means that testing is done more frequently and earlier in the SDLC. Testing code in smaller chunks and earlier in the development process makes it easier to find where bugs entered the code and fix them before they cause any further problems.

But even shift-left testing practices, if they’re done manually, can slow your time to market. Automated testing supercharges the shift left with more frequent testing (in some cases, code can be tested as it is written), saved test cases that reduce the time developers spend testing, and higher code quality. According to a Forrester Total Economic Impact™ study commissioned by BMC, organizations switching from manual to automated testing with BMC Compuware Topaz for Total Test saw a return on investment (ROI) of up to 205 percent, along with 20 percent fewer bugs in production and a 90 percent time savings for developers.

While automated testing improves quality and saves developers time, it is important to use the right tools. According to a recent BMC-commissioned Forrester report on mainframe development tools, 62 percent of those surveyed found automated testing of mainframe applications to be a challenge. However, a Dimensional Research survey of mainframe professionals found that only 29 percent of companies have the proper DevOps tools for debugging. The use of proper tooling is significant—nearly two-thirds of respondents to the Forrester survey reported that modern development tools will increase the quality of their development by 23 percent.

Implementing a mainframe-inclusive DevOps toolchain leads to increases in development speed and quality. These benefits can be made even greater, though, with the adoption of shift-left processes. Our October 2021 release has several new enhancements to BMC Compuware solutions that will help your organization shift left and meet the speed and quality demands of your customers.

BMC Compuware Topaz for Total Test now supports non-virtualized testing of code written in PL/I. This allows test cases to be shared between teams, enabling the creation of a common test repository that can be used by both quality assurance (QA) and development teams. By automating PL/I testing, these applications can be included in continuous integration/continuous delivery (CI/CD) pipelines, shortening the time required to develop and deliver them, and reducing the effort needed to maintain them. This new PL/I feature makes it easier to create more reusable test cases, helping developers shift left in the SDLC.

Two new key performance indicators (KPIs) in the BMC Compuware zAdviser Quality Dashboard help shift-left efforts and increase code quality. Escaped Abend Ratio shows the percentage of unique abends occurring in production versus those occurring in development. This enables testing teams to see how many abends escape into production and adjust test cases to catch them while they’re still in development. Median Time to Detect Since Compile calculates the median time since the last compile for abending programs, giving teams a sense of whether abends are occurring because of common bugs (shorter median time) which better testing will help fix or because of more unique use cases (longer median time) which a developer may not have contemplated when developing the test cases.

These new KPIs give development managers high-level visibility into the quality of code being produced. By correlating abend percentages and test data from zAdviser’s Topaz for Total Test dashboard, they can determine how testing can be adjusted to reduce the number of abends in production.

By shifting left with performance testing, teams can identify potential problems before they have an impact on production environments. Performance architectural issues can be caught earlier, in development, where they are more easily resolved. Additionally, transitioning to 64-bit applications adds another factor that could affect performance. BMC Compuware Strobe now supports performance testing of 64-bit applications, ensuring greater test coverage and better performing applications in production. Developers can use this process to test potential performance improvements before transitioning programs to 64-bit and confirm that expected improvements are being realized.

We continued to enhance the integration between Git and BMC Compuware ISPW, which facilitates code reviews while keeping all source code in one location that can be accessed by ISPW for build and deploy and by Topaz for Total Test for automated testing.

The Need for Speed

Mainframe organizations across all industries feel the need for speed. Shift-left testing gives them an opportunity to increase development velocity by decreasing the time spent on testing while also providing greater assurances of quality code. With the enhancements included in our October 2021 release, BMC Compuware helps your organization optimize its DevOps toolchain with shift-left testing while meeting its need for speed without sacrificing quality.