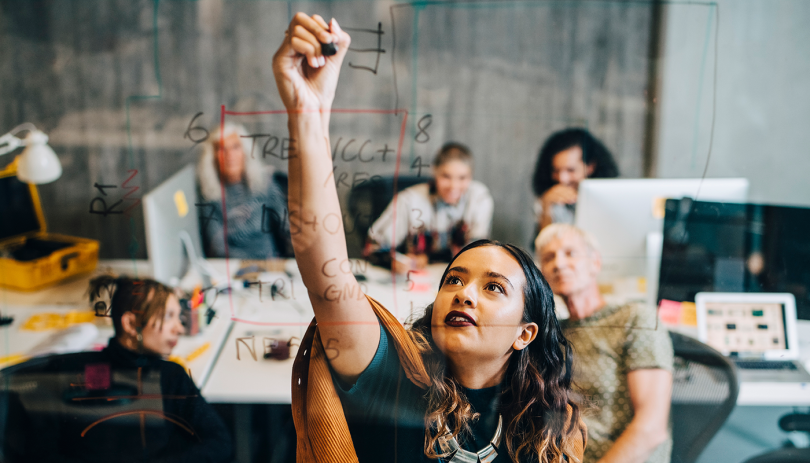 If you’re going to do a webinar about DevOps, you go straight to the source, and BMC recently hosted a chat with DevOps superstar and Tripwire founder and former chief technology officer (CTO) Gene Kim to talk about all thing DevOps and more.

Gene is a researcher, speaker, and author of six books, including two Wall Street Journal bestselling novels set at Parts Unlimited, a car parts manufacturer and retailer setting out on an IT transformation initiative called The Phoenix Project.

In the first book, “The Phoenix Project: A Novel about IT, DevOps, and Helping Your Business Win,” IT manager Bill is tasked with bringing that initiative in on time and under budget against the threat of losing his whole department—a daunting proposition until he learns about “The Three Ways” (aka DevOps principles).

In the sequel, “The Unicorn Project: A Novel About Developers, Digital Disruption, and Thriving in the Age of Data,” Parts Unlimited employee Maxine is reassigned to the Phoenix Project. When she runs into an issue with a build, she meets Kurt and the Rebellion, a group of IT engineers trying to transform the company and the way they work by focusing on the “Five Ideals” (of DevOps). Armed with a discovery-oriented approach focused on customer success, the team is able to overcome apathy and frustration to deliver successful results.

Gene recently spent an hour with BMC’s own DevOps guru, Solutions Director Tony Anter, to reflect on his history in the field and what he’s learned along the way, and to discuss real-world examples of how DevOps plays for organizations with complex, traditional infrastructures and bureaucratic systems, much like those depicted in the books.

To level set, Gene recapped his baseline DevOps definition from another of his books, “The DevOps Handbook,” telling the audience that it’s the architectural practices, the technical practices, and cultural norms that improve our ability to deliver applications and services quickly and safely.

He added that those capabilities also enable rapid experimentation and innovation so companies can deliver value as quickly as possible to customers—without sacrificing security, reliability, and stability—while winning in the marketplace.

In response to Tony’s question about how DevOps fits into verticals (industries like insurance, FinTech, and utilities) and large systems that run on older, mid-range platforms, mainframes, and code bases, Gene discussed Geoffrey Moore’s concept of core technology versus context. Core competencies of an organization are those that offer the great, lasting, durable business advantage that customers pay extra for. Context is everything else—even mission-critical systems like HR, marketing, and development—because they don’t drive the competitive advantage offered by core.

It’s important to remember that context is essential and should be funded adequately. To that end, for DevOps initiatives to succeed, they must be balanced appropriately across both the core and contextual structures and environments—including their budgets.

Moving DevOps Beyond the FAANGs

Gene expanded on the idea, saying DevOps isn’t just for the FAANG—Facebook (now Meta), Amazon, Apple, Netflix, and Google (now Alphabet)—companies. He pointed to his longstanding passion for studying the large, complex organizations that have been around for decades or even centuries, that are now using DevOps principles and patterns to win in the marketplace.

“The hero stories [have] been the highlight of my career. The oldest organization [I’ve worked with is] Her Majesty’s Revenue Collection Service [in the U.K.] and that was an organization founded in the year 1200. I don’t think there’s any code that goes that far back, but there are values and traditions that certainly go back centuries,” he shared.

“They are one of the most complex IT estates on the planet and they described how, in four weeks, they were able to put hundreds of billions of pounds into citizen pockets, into small businesses to, as they say, ‘avert government ruin,’ and especially among the most vulnerable parts of the population. So it’s not just commercial industry, it’s government agencies, military services, and so forth.”

Evolving Traditional Infrastructure for the Future

Gene also referenced a publicly-traded billion-dollar customer care company that used DevOps practices to evolve its half-century-old flagship application that generated 50 to 70 percent of the company’s revenue, moving from twice-a-year releases to quarterly and eventually, a monthly cadence. He says that through engineering excellence, the company achieved a daily deployment model and decreased the cost per transaction by 20x while the actual transaction count also went up by nearly 20x.

“[They now have] some of the highest Net Promoter Scores in the cities where they operate. If you can do it for a 50-year-old mainframe allocation, you know you can do it for anything and [that] shows that [DevOps] really transcends [the] platforms you’re running on,” he pointed out. “We’ve had technology leaders from almost every industry vertical, [and] there’s a certain universality to the problems they are facing and how they’re tackling [them].”

Gene was particularly impressed with the success of Fernando Cornago, VP of digital tech at Adidas, and his ability to create a pocket of greatness inside an organization that was previously 80 percent outsourced. “Now, in their strategic plan published by the board of directors, 50 percent of revenue is supposed to come through direct consumer channels. So there [are] thousands of developers now working to essentially make sure that they can compete and win in a very competitive marketplace,” he explained. “The best are getting better and they’re getting ever-larger missions.”

To see more from Tony’s conversation with Gene about achieving success through DevOps, hear his responses to engaging questions from the audience, and find out what he’s up to next, check out the full webinar.