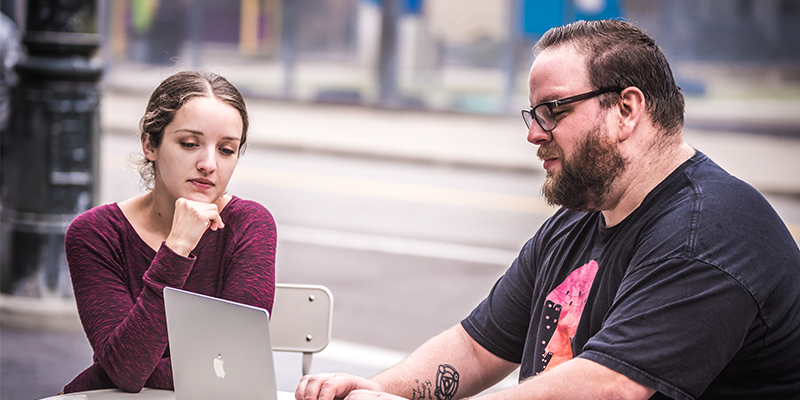 Overview: East Carolina University Adjunct Professor, Dr. Cameron Seay, talks about the mainframe on campus, how to get more students interested in the platform, and his virtual event with Chris O’Malley, CEO of Compuware, a BMC Company.

The looming shortage of skilled mainframe developers is well documented. In this environment, it is imperative that the next generation of developers is made aware of the mainframe, not as a dying legacy platform, but as an advanced, exciting system that powers the world’s economy.

Dr. Cameron Seay, Technology Systems adjunct professor at East Carolina University, knows this all too well. For the past 15 years, he has championed the mainframe as a vital computing platform and as a means for students to differentiate themselves as they enter the workforce. A 2020 IBM Z Champion, he became especially interested in the mainframe after seeing a presentation by Don Resnik, former head of the IBM Mainframe Academic Initiative, and feeling that Historically Black Colleges and Universities (HBCUs) should embrace it as a worthwhile career path.

I spoke with Dr. Seay recently about the mainframe on campus, students’ reception of it as a career choice and his online Q&A session, Coffee with Dr. Cameron Seay and CEO Chris O’Malley.

Q: Do you think anything has changed regarding the way mainframe and COBOL are presented in colleges since you started teaching in 2004?

Dr. Seay: Sad to say, not really. I don’t see too much has changed. I really don’t. It’s just invisible in the college culture. It’s not a technology that anyone knows anything about—any appreciable numbers, that is.

Q: So, you’re trying to change that?

Dr. Seay: Doing the best I can. And it’s not that hard to change; I’ve done this at five schools and I’ve never had a problem explaining this to the students. It’s never been an issue. The students are not a problem. The students particularly, but not exclusively, at HBCUs are looking for a future. They’re looking for anything that they can sink their teeth into, that’s going to pay them money and help them pay back their student loans. And mainframe is it. Is every student attracted to it? No, there are some students that want to kind of do the Google-y, Apple-y kind of stuff and that’s fine. But I would say I’ve only had a few of those who told me, “No, I’m not interested in this, whatsoever.” The other 95%, whether they do or do not go into this, are willing to at least consider it as a career option.

Q: How do you think you can get students more interested in the mainframe as a career?

Q: What do you want students to take from Coffee with Dr. Cameron Seay and CEO Chris O’Malley?

Dr. Seay: First of all, I want the students to see Chris O’Malley—see that there’s somebody in this space who is a champion for this technology. That’s what I want them to see. And I want them to understand the basics. We need to explain that this is how the world does business. Globally, 70 to 80% of business transactions go on a mainframe. Without the mainframe, you don’t have a global economy, as we know it. So those are some of the things that I want to come through. I don’t want their eyes to glaze over, I just want to give them a few points to think about. That yes, this is important, and you can get in on the ground floor on this. And that you can learn this stuff when most of the world doesn’t know anything about it and it will pay you good money.

I want to explain to them that for both sides of the coin, both the systems world and the developers’ world, COBOL is a great language to learn. It’s easy to learn. And it’s not either/or.

One of the things I want to get through is that this is not mainframe or cloud, it’s mainframe and cloud.

The mainframe is as much about philosophy and culture as it is about technology. It’s a way of thinking about computation, it’s a way of thinking about design. And so, you think about problems differently than X86 people do, because you’re not going to waste cycles. X86 people don’t worry about wasted cycles, because they’ve got cycles to waste. On the mainframe, every cycle is precious, because we try to do this stuff as efficiently as is humanly possible. It’s just a different way of thinking. And people get that—everybody in this space understands that, and it’s second nature to them.

Q: Is there anything you think employers can do to help spread the word about the mainframe amongst students?

Dr. Seay: They need to work with the career services people of universities in their area and just let them know, “Look, if you’ve got these skills, we want to hire you,” because the students don’t know that. So, the companies need to let folks know that this is an area where there’s a need.

Matt DeLaere serves as a Solution Marketing Manager for BMC, where he is responsible for generating an array of mainframe-related content. He is a graduate of Hillsdale College with a B.A. in American Studies.