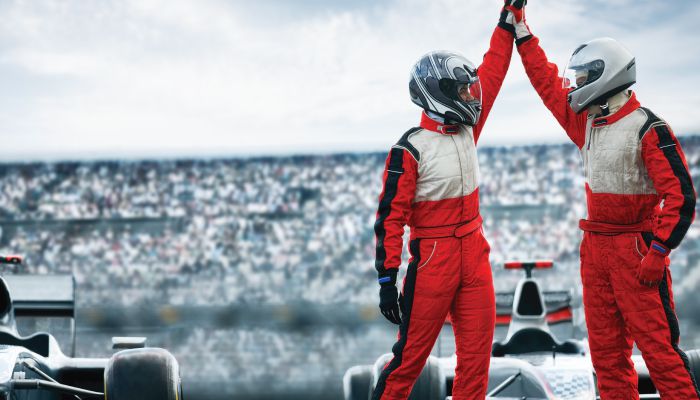 Here is a product. We call it Dylan. Dylan started playing music in cafes. Small audiences chipped the edges off our Dylan. Many songs were written. Minor tweaks were made to lines of stanzas. After lots of R&D, and a first couple years of barely breaking even on an album, Dylan started to get widely adopted. It became a national sensation. Suddenly, there are several Dylan knockoffs. There are imitators, both good and bad, identified by their saying, “I was inspired by Dylan.”

Imitators are everywhere. They’re knock-off brands, not so much of Dylan, but of an idea, freedom and humanism. If someone wished not to be an imitator, they’d need to redefine Humanist ideals. Bob Dylan hit the Plateau of Productivity in the late 1960s, and now we see participants in the humanist aesthetic, practicing in the tradition for 60 years.

What is the plateau of productivity?

The Gartner Hype Cycle identifies five key phases during a new technology’s development. When a product reaches The Plateau of Productivity, the fifth and final phase, the product: 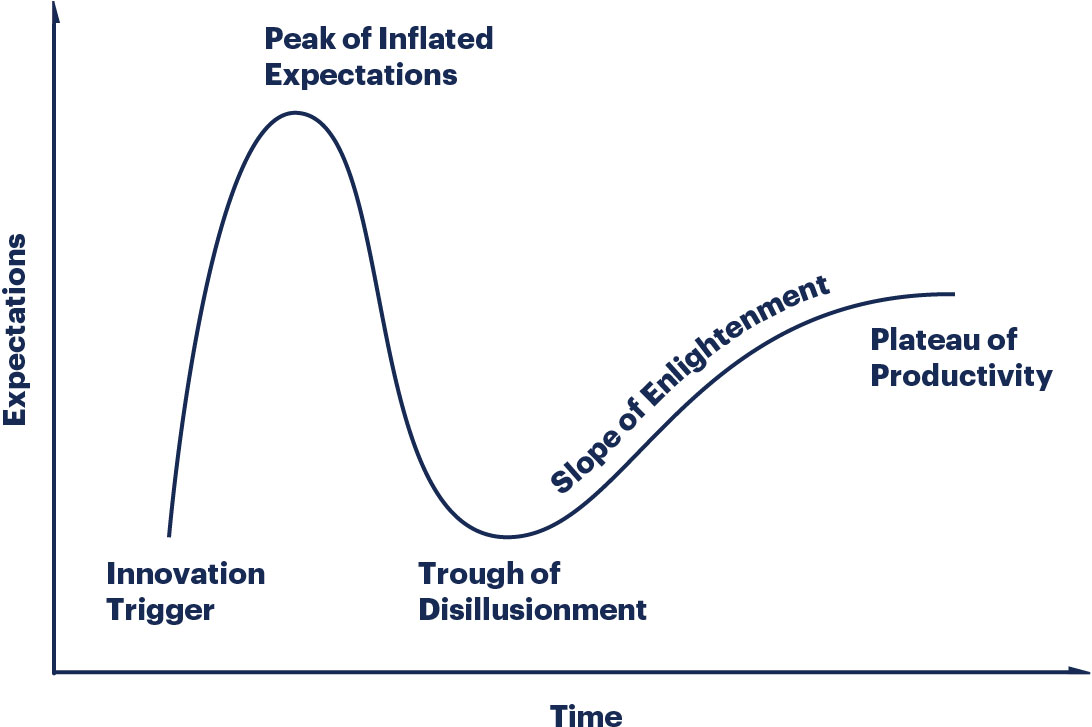 A viable product garners attention. By now, our product has been ideated, it’s gone through its honeymoon phase, it has been tried and tested, and it has even been adopted by early users, has a steady team of workers, investors, and has grown into its own. Now, the product gets to mature.

In 2020, Facebook and Uber have reached this phase of the hype cycle. Before, however, they both spend years in a race to a finish line with all-night hack-a-thons and unorthodox business moves.

Since the early 2010s, Uber has been discounting fares, fighting to establish market dominance against other ride-share start-ups. Uber continues to challenge industry norms. Facebook’s slogan famously called for workers to move fast and break things. More recently, Zuckerberg has repeatedly faced U.S. and European authorities, where both parties had their hands in the air, trying to figure out what the role of Facebook has been and what it should be going forward.

It was all very new.

Today, both services have been adopted globally, and have earned their spot in the marketplace. They’re no longer rebels. Their role is no longer to break things. They are supposed to be responsible members of the community.

A company who has made it this far should start to see their hard work pay off. (If it’s not, you’re likely still in the Trough of Disillusionment or the Slope of Enlightenment.)

The fruits of their efforts should be measured in:

Challenges on the plateau of productivity

Of course, all this productivity is not without its challenges. Around this time, companies often see two significant challenges.

Achieving the plateau of productivity often sees changes in management. A mature company can’t go swinging fists with a 19-year-old’s mindset. The baton gets passed from a serial entrepreneur to a seasoned CEO. Steve Jobs was ousted at an early age so Apple could mature under a new CEO: the former president of PepsiCo.

Travis Kalanick, founder of Uber, resigned as CEO after years of more-or-less careless behavior. Facebook founder, Zuckerberg couldn’t face the public with sincerity in his first years of Facebook, appearing somewhat disillusioned. (Also, he was only 20 years old.) But today he faces public attention with greater maturity. As the company matured, so did Mark Zuckerberg.

This period invites revisioning the company’s role. Whether management actually changes is almost beside the point: this period marks a switch in behaviors from the rebellious outsider to the respected community member.

Instead, the real challenge in scaling lies in creating greater nuance in the offered product. One million people is a lot more than ten thousand people, and like Mr. Lydgate said:

The product might appear simple to the user, perhaps keeping options to five menu items. But those five items are going to be different. McDonald’s is still McDonald’s (of course!), but when its patrons’ tastes change across the world. There’s a spam burger in Hawaii, and there’s a mashed potato burger in China.

When the new product goes mainstream, suddenly, everyone has an appetite. You can’t please all the people all the time…but you can try.

When a company fails to cater to a particular taste, imitations arrive. Other founders see an opportunity to pounce on an idea that has already gone through the R&D phase and hasn’t saturated the market. They develop the niche feature and serve it to the audience. They capitalize on the trend.

How companies respond to these challenges can further cement their position on the productivity plateau. All those wheels that were once spinning in place have found their grip. Whether it is a founder, early investors, researchers, marketers, or early adopters, everyone at this stage should feel some sort of accomplishment. They’ve let go of their child’s hand and watch it take its own shape in the world. Finally, the product is no longer becoming, it has become.