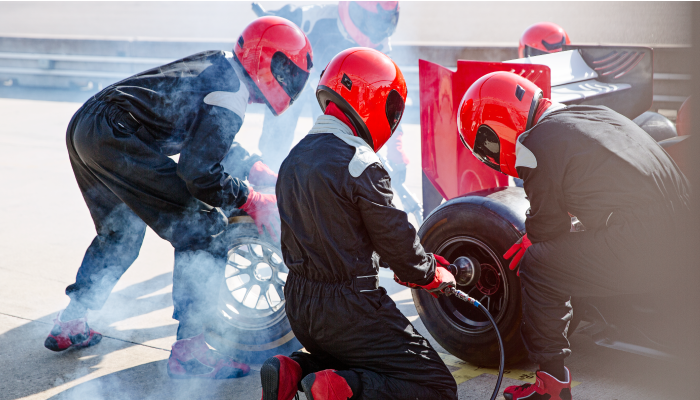 After a product is ideated and moves through the Peak of Inflated Expectations, the idea has been sold to management or investors, and everyone is on board with pursuing the product. The product now enters the Trough of Disillusionment. During this phase, a viable product really takes its shape, but you’ll likely experience certain challenges—let’s see what they are.

What is the trough of disillusionment?

The third of five phases in the Gartner Hype Cycle, the trough of disillusionment is arguably the most difficult phase. Here, you’ve already explored an original concept and performed some initial fundraising and testing. But your concept has peaked—the idea was over-inflated or a poor fit for the market. Now, you’re back to the drawing board to reframe the concept. 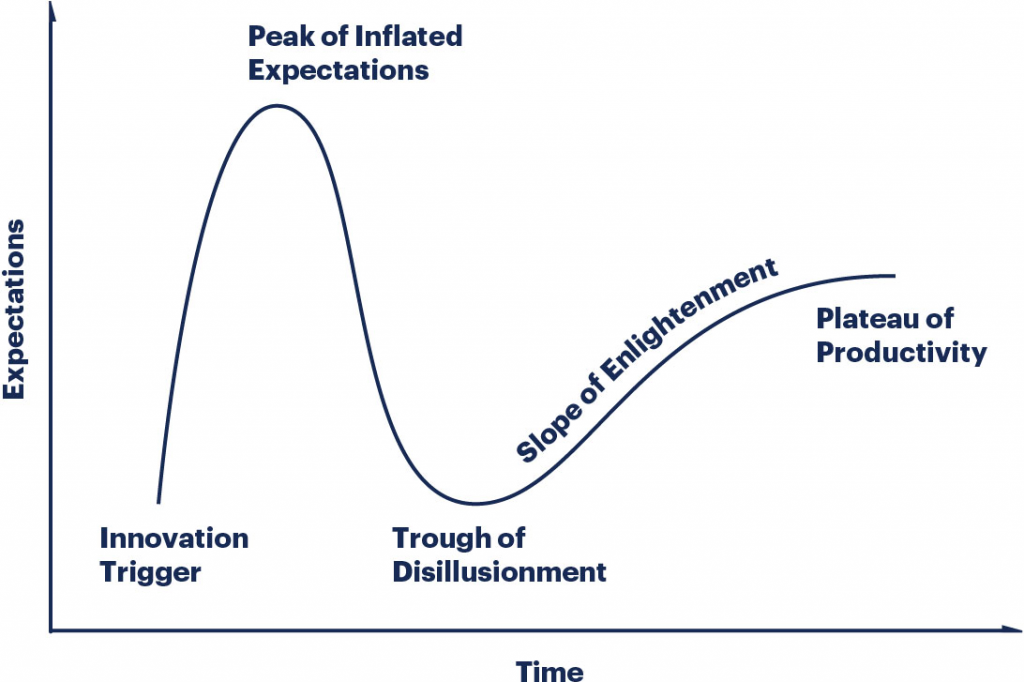 The trough of disillusionment is the hype phase that makes or breaks a product. Investors need to do their due diligence to avoid amassing many buried products here in the trough.

This phase of disillusionment is characterized by:

Among the concept team, depression sets in and humility is embraced. The development team realizes, “I am not there yet. There is more road to come.” Researchers are a strong breed, willfully positing hypotheses and allowing dreams to get tested against the world. Where some would like to linger in dreams and possibility spaces, researchers allow reality to have its way with the dream. Researchers are great to have aboard during this phase.

During this time, concept managers face a different scenario. A manager makes a promise to deliver a product and takes responsibility for that promise. Your reputation, and your team’s, rests on this promise. In this phase, managers require a bit of a performance while they approach bumpy waters and tell everybody—researchers, investors, customers—that their team is doing what they can to make the product happen. Managers must:

For everyone involved, humility is a must. After all the excitement around imagining a new product, talk does not make a product. If a product were to live on talk alone, it would exist buzzing only on the peak of inflated expectations. If a product is to be actualized, it must go through this phase of disillusionment. Hard work and repeated trials and errors create a product. All hype must get tested against actual tests. Humility accepts A as A.

An idea really gets to see what it is worth when it is ground beneath the mill.

Traditionally, R&D is the place for testing. For example, a machine learning project receives one million dollars in funding. A few qualified engineers are brought together. After four months of trials and tribulations, the project falls flat and must be abandoned because it did not have the datasets required to create the feature that was promised. 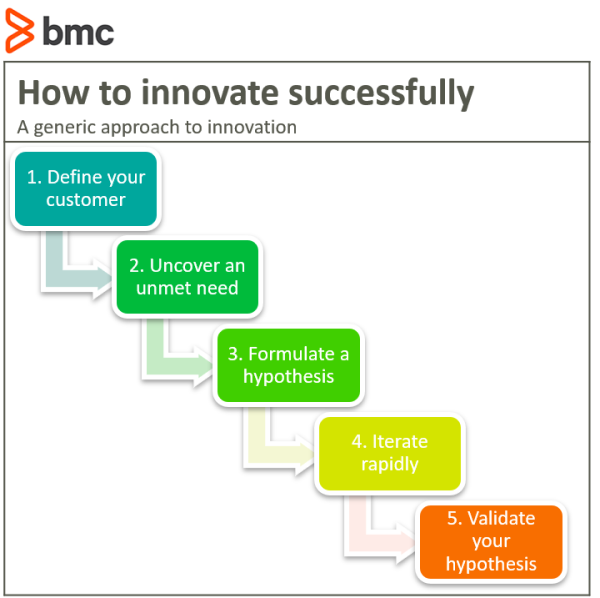 In experimentation, especially in its beginning stages, expectations tend to be totally, completely shattered. A team’s confidence to reach the goal can fall from 100% to 0% and the goal disappears, impossible to reach. More mature projects, both in time, resources, and experience, won’t see such sways in the team’s confidence, and confidence levels can oscillate at a steady rate.

The feeling here is not unlike the big swings seen in recent college grads. Many have only had schooling that builds and builds inflated expectations, then they go to a company and they themselves enter the trough of disillusionment.

That wonderful dance between ideation and testing is where investment is needed, and investment gets burned. Reputations are made or lost. If the team loses a battle, trust is lost and an L goes on the track record.

In the era of coding, the depths at which the trough goes can be decreased if there is code already written to prove the concept.

The gap between people who know code and people who don’t know code invites an area of dishonesty. To the non-coder, the code looks like magic, and it is all the same. To the coders of the world, there is good code, and bad code. There is code that is novel and research-based, like producing a unique Machine Learning model, and there is code that gets a job done, like having all the elements of a functioning iOS or Android app.

Lots can be dreamed. Lots can be promised. Someone can say they will rid the world of hunger and poverty. If that is all the project has to go on—hope—the disillusionment trough starts to look a little bigger. If there is code, if there is data, the trough decreases. If the claim is that wild, the project should never reach the trough in the first place. The disillusionment trough grows in proportion to the size of the claim.

Hard work with real, data-driven results might prove your concept enough. If you make it beyond the disillusionment, you will begin to be rewarded in the Slope of Enlightenment.