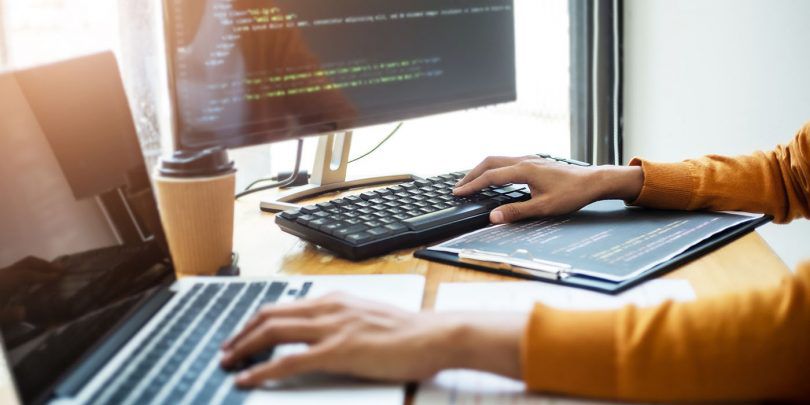 In this introductory article, I explore Amazon EMR and how it works with Apache Airflow.

What is Amazon EMR?

Amazon EMR is an orchestration tool to create a Spark or Hadoop big data cluster and run it on Amazon virtual machines.

That’s the original use case for EMR: MapReduce and Hadoop. We’ll take a look at MapReduce later in this tutorial.

What is Apache Airflow?

Apache Airflow is a tool for defining and running jobs—i.e., a big data pipeline—on:

Airflow can also start and takedown Amazon EMR clusters. That’s important because your EMR clusters could get quite expensive if you leave them running when they are not in use.

For most use cases, there’s two main advantages of Airflow running on an Apache Hadoop and Spark environment:

Plus, it’s simpler to use Airflow and its companion product Genie (developed by Netflix) to do things like run jobs using spark-submit or Hadoop queues, which have a lot of configuration options and an understanding of things like Yarn, a resource manager. In this setup, Airflow:

So, it might be better to use Airflow than the alternative: typing spark-submit into the command line and hoping for the best.

The point here is that you don’t need Airflow. All the products it installs are open source. But it might cost less to have Airflow install all of that and then tear it down than the alternative: you leaving idle hardware running, especially if all of that is running at Amazon, plus perhaps paying a big data engineer to write and debug scripts to do all of this some other way.

What goes into EMR? Here is the configuration wizard for EMR. You can see that it installs some of the products that normally you use with Spark and Hadoop, like: 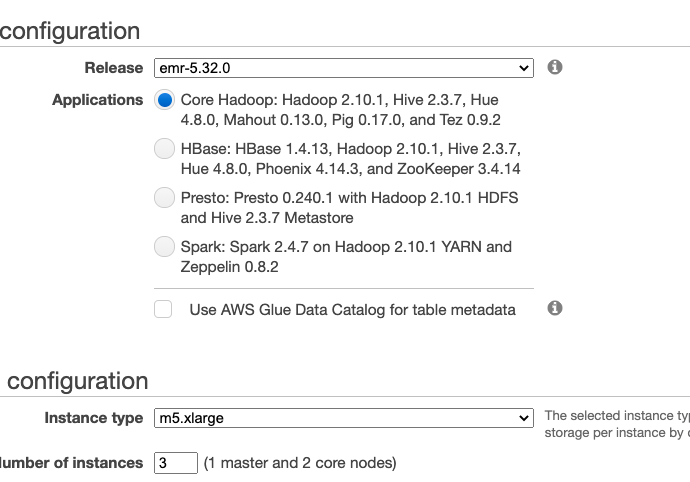 What does EMR do?

The name EMR is an amalgamation for Elastic and MapReduce. Elastic refers to Elastic Cluster, better known as EC2. Apache MapReduce is both a programming paradigm and a set of Java SDKs, in particular these two Java classes:

These run MapReduce operations and then optionally save the results to an Apache Hadoop Distributed File System (HDFS).

You might say that MapReduce is a little bit old-fashioned, since Apache Spark does the same thing as that Hadoop-centric approach, but in a more efficient way. That’s probably why EMR has both products.

The concept of map is common to most programming languages. It means to run some function or some collection of data. Reduce means to count, sum, or otherwise create a subset of that now reduced data.

The WordCount program does both map and reduce. The map step creates this tuple (wordX, 1) then sums the numbers 1. (Summing 1 is the same as counting, yes?) So, if a set of text contains wordX 10 times then the wrestling (wordX,10) counts the occurrence of that word.

To illustrate, let’s say you have these sentences:

MapReduce would then create this set of tuples (pairs):

The reduce step would then sum each of these tuples yielding these word counts:

If that does not seem too exciting, remember that Hadoop and Spark lets you run these operations on something large and messy, like records from your SAP transactional inventory system.

Other uses for EMR

Though EMR was developed primarily for the MapReduce and Hadoop use case, there are other areas where EMR can be useful:

How to install Airflow

Airflow is easy to install. EMR takes more steps, which is one reason why you might want to use Airflow. Beyond the initial setup, however, Amazon makes EMR cluster creation easier the second time you use it by saving a script that you can run with the Amazon command line interface (CLI).

You basically source a Python environment (e.g., source py372/bin/activate, if using virtualenv) then run this to install Airflow, which is nothing more than a Python package:

Then you create a user.

Then you start the web server interface, using any available port.

Here is an Airflow code example from the Airflow GitHub, with excerpted code below. Basically, Airflow runs Python code on Spark to calculate the number Pi to 10 decimal places. This illustrates how Airflow is one way to package a Python program and run it on a Spark cluster.

Looking briefly at the code: