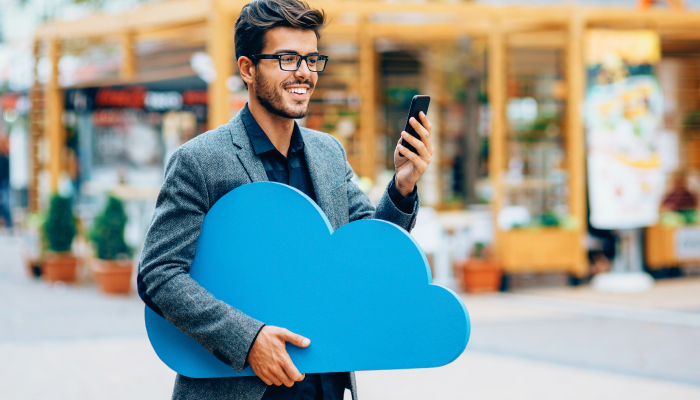 As the IT world continues its inexorable march towards the future, IT professionals are experiencing changing demands and expectations. The shifting technology landscape has resulted in recent changes to one of the most important roles in modern enterprises: the Chief Information Officer (CIO).

Role of the CIO

In general terms, CIOs are the executives responsible for managing, implementing and utilizing information technologies for the betterment of the organization. Fulfilling these duties requires CIOs to walk the line between the company’s IT department and the rest of the organization—acting as an intermediary and champion for IT while weighing the impact each decision will have on the organization at large.

CIOs often play a key part in developing long-term plans and strategies for how the organization can carry itself forward into the future while also keeping tabs on the IT landscape. CIOs have to balance their efforts between introducing new technologies and ensuring day-to-day operations continue to run smoothly.

The importance of IT in the modern business world is difficult to overstate which makes the CIO one of the most vital roles in today’s organizations. CIOs must understand current and future technologies while also keeping in mind how those technologies will impact their organization, the industry, and even the future of the world in general. CIOs then use this knowledge to aid their organization in the process of digital transformation while maintaining a steady performance level for daily operations.

The CIO Role in Recent Years

The role of CIO is a relatively new one that began to be established in larger organizations around the 1980s, but it wasn’t until about a decade later that it became a common role for organizations to maintain. During the early days, CIOs were primarily responsible for managing mainframe computers and databases with most of their time spent on the day-to-day and immediate future of their organization’s IT department.

As technology began seeping into just about every department in organizations, the CIO’s role also grew to encompass broad company goals and long-term strategies. More recently, technological advancements like cloud computing and worldwide adoption of the internet have made the CIO role more outward facing as CIOs now deal with outsourcing and procurement of technology services and products.

Modern CIOs now tend to spend a lot less time dealing with their organization’s IT department as their role has become more focused on long-term growth and less on daily operations. Since 2015, Deloitte has conducted a research survey every other year that was originally known as the global CIO survey. The purpose of these surveys is to track “the evolution of organizations, their technology functions, and the critically important roles that technology leaders play in them.”

Deloitte Insights has published their findings from their most recent survey of over 1300 business leaders from 69 separate countries and 22 industry sectors. Titled the 2020 Global Technology Leadership Study, these results illustrate recent changes in the business world as they specifically pertain to the evolving role of technology and CIOs.

Deloitte’s survey responses illustrate the importance of kinetic leaders—”leaders who envision, enable, and deliver growth and help their organizations navigate through change.” As is often recited, “The only constant in life is change.” This is especially true during modern times where information can cross the globe in the blink of an eye and new technologies are emerging that have the potential to drastically impact not only businesses but everyday life as well.

Deloitte’s key findings from the 2020 Global Technology Leadership Study include:

The change in expectations for CIOs is evident when looking over Deloitte’s past survey responses. In 2016, “55% of tech leaders identified as trusted operators.” Only four years ago the CIO role was primarily associated with daily operations and maintaining a standard level of business performance. This has changed rapidly with 2018 survey results showing that “64% of tech leaders aspired to be business co creators.” More recently, the 2020 results showed “69% of respondents expect tech leaders to be change instigators.”

In just four years, the expectations for CIOs and tech leaders have evolved from an operations-centric mindset to a business strategist role, with an intense focus on navigating organizations through transformations. This change underpins the importance organizations have placed on adapting to meet new challenges while embracing new technologies.

Deloitte’s survey findings established some key differences that put industry leaders above their competition with some of the primary factors being an organization prioritization of innovation, customers, and growth. This emphasis on innovation and growth puts CIOs on the frontlines of business leadership and strategizing as organizations push more funds into their technology budgets.

Twenty-four percent of the Deloitte survey respondents that were identified as leaders in their industries, dubbed “tech vanguards”, said their organization increased their tech budget by more than 20% in the past year alone. Thirty-one percent of tech vanguards also said “their technology function is transformational in its approach to shaping business strategy.” By comparison, only 8% of the baseline organizations stated the same emphasis was placed on transformation.

Fifty-two percent of tech vanguards identified implementation of new business models as their number one priority while only 40% of baseline organizations stated the same. Tech vanguards also place a greater emphasis on growth with 84% saying their board encourages an aggressive pursuit of tech-enabled opportunities whereas only 56% of baseline organization respondents stated the same.

The emphasis on technology has drastically impacted the role of CIOs in recent years and brought them from a role focused on day-to-day operations to one that is integral to business strategizing and adaptation. Ideal CIOs are change-oriented visionaries that keep one eye towards the future of technology while remaining grounded in today’s reality.