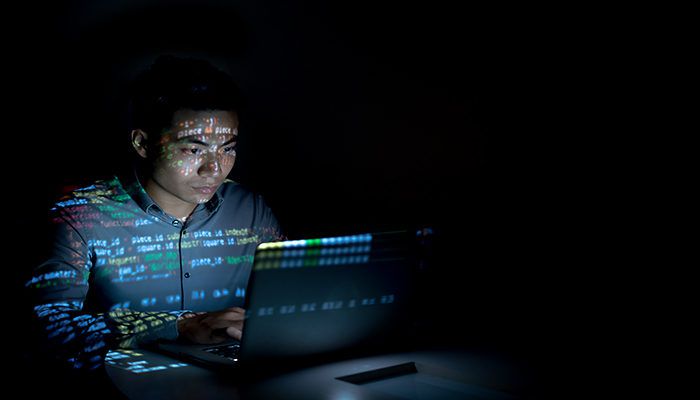 We’ve all been there before: it’s time to add one last function into your program for the next release, but you don’t have the time to make it just right – organized, well-structured, and aligned with the rest of the code.

Instead, you have to add the functionality in a bit of a haphazard way, just to get it done, so you do. Luckily, the release goes well, the function is added smoothly, and it’s onto the next sprint of work.

But what happens to that code that isn’t the cleanest, clearest, or best it can be? We’ve talked in previous articles about technical debt – the idea that certain work gets delayed during software development in order to deliver on time. Such a short-term solution works for now but isn’t the best for the software in the long run. This work then turns into “debt” because it will eventually need to be dealt with.


In this article, we are looking at code refactoring as a way to reduce technical debt.

Code refactoring is defined as the process of restructuring computer code without changing or adding to its external behavior and functionality.

There are many ways to go about refactoring, but it most often comprises applying a series of standardized, basic actions, sometimes known as micro-refactorings. The changes in existing source code preserve the software’s behavior and functionality because the changes are so tiny that they are unlikely to create or introduce any new errors.

The importance of code refactoring

At first, its purpose may seem a little superfluous – sure, code refactoring is improving the nonfunctional attributes of the software, which is nice, but what’s the point if it isn’t helping the overall functionality?

Experts say that the goal of code refactoring is to turn dirty code into clean code, which reduces a project’s overall technical debt.

Dirty code is an informal term that refers to any code that is hard to maintain and update, and even more difficult to understand and translate. Dirty code is typically the result of deadlines that occur during development – the need to add or update functionality as required, even if its backend appearance isn’t all that it could or should be. You can often find dirty code by its code smell, as it were.

This is the idea behind technical debt: if code is as clean as possible, it is much easier to change and improve in later iterations – so that your future self and other future programmers who work with the code can appreciate its organization. When dirty code isn’t cleaned up, it can snowball, slowing down future improvements because developers will have to spend extra time understanding and tracking the code before they can change it.

Some types of dirty code include:

Clean code, on the other hand, is much easier to read, understand, and maintain, thereby easing future software development and increasing the likelihood of a quality product in shorter time.

Knowing the right time to refactor isn’t too tricky. If you’re the developer, you already know where you may have cut corners in your code in order to create the functionality you needed.

If you’re part of a team that’s sharing a project, it may be harder to prioritize refactoring, so here are some tips:

Some refactoring purists maintain that refactoring should not occur while you’re addressing bugs, as the purpose of refactoring isn’t to improve functionality. But, cleaner code inherently equates to fewer bugs, as bugs are often the result of dirty code. By cleaning code – whether in dedicating refactoring sessions or while addressing bugs – you’ll mitigate bugs before they become problems.

There are several ways to refactor code, but the best approach is taking one step at a time and testing after each change. Testing ensures that the key functionality stays, but the code is improved predictably and safely – so that no errors are introduced while you’re restructuring the code.

Which techniques to employ often depends on the problems in your code. Here are some common techniques:

What is a good stopping point for clean code? This checklist can help you determine when your code is clean:

The benefits of refactoring

The main benefit of refactoring is to clean up dirty code to reduce technical debt. Cleaner code is easier to read, for the original developer as well as other devs who may work on it in the future so that it is easier to maintain and add future features. Less complicated code can also lead to improved source-code maintenance, so that the internal architecture is more expressive.

Clean code also means that design elements and code modules can be reused – if code works well and is clean, it can become the basis for code elsewhere.

Refactoring can also help developers better understand code and design decisions. Both beginner-level and more advanced programmers can benefit from seeing how others have worked inside and built up the code as software functionality increased and shifted. This can encourage the sense of collective ownership – that one developer doesn’t own the code, but the whole team is responsible for it.

The act of refactoring – changing tiny pieces of code with no front-end purpose – may seem unimportant when compared to higher priority tasks. But the cumulative effect from such changes is significant and can lead to a better-functioning team and approach to programming.