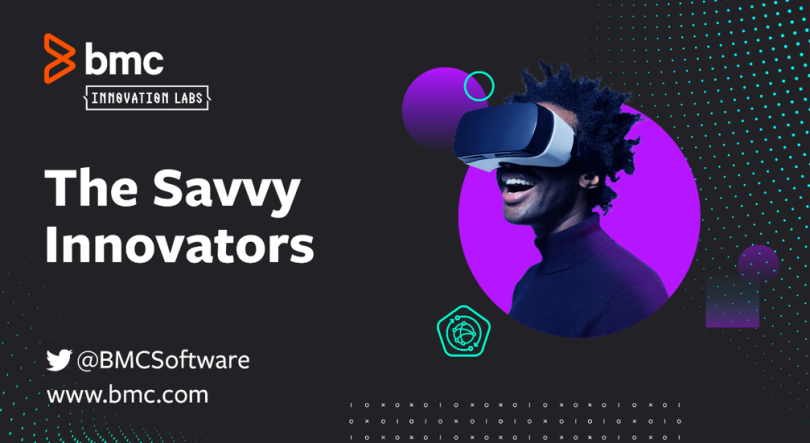 Bringing digital tools into the physical world was only the beginning. Now, innovative companies are blending digital and physical into a single, seamless experience—and even making it possible to step fully into entirely digital environments. Augmented reality (AR) technologies superimpose digital information over a real-world view. Virtual reality (VR) systems replace the user’s sight with a synthetic virtual environment. Immersive metaverses allow personal digital avatars to engage in actions and interactions limited only by the programmer’s imagination. With use cases like training, warehouse work, and data visualization already gaining traction, we’ve only begun to glimpse the possibilities for these new digital realities.

The latest episode of The Savvy Innovators, a new Voice of America podcast series sponsored by BMC, explores the current state and future prospects of AR, VR, and the metaverse. Eric Anderson, AVP of Innovation at BMC; Rob Petrosino, Head of Emerging Tech & Innovation Division at PeakActivity; and Ofer Baharav, CEO and Head of Product at Villa, share what they’re seeing, what gets them excited—and what’s on the digital horizon. Highlights of their conversation follow.

As a new wave of VR headsets surge to the top of holiday wish lists, and companies from Google to Ford weave extended reality technologies into their business operations, the AR/VR space is heating up—fast. “In the next four to five years, we’re about to hit the dot-com boom cycle for AR/VR,” says Eric. Think of the 1990s, when brick-and-mortar companies made their first tentative steps into the internet with simple, informational use cases before a new generation of born-digital companies unleashed new levels of innovation. “Now we’re seeing a lot of creative minds going, ‘Well what can I do? What kind of businesses can be built in the metaverse, in AR, in VR?’ It’s not just about building a digital presence for an existing business, but starting to see what the future can look like.”

“We are 100 percent in the early stages of the technology,” agrees Rob. “It’s only going to get lighter, faster, less dependent on existing hardware and software, and even more focused on experience. With the rollout of 5G and 6G, it’s going to accelerate even more. The more forward-thinking you can be as an executive or an individual within an organization, the more you’re going to lay the foundation for the future that is quickly approaching.”

Ofer adds a note of urgency. “Right now, it’s early days, but the early adopters have a huge leg up, like Accenture, for example. They’re taking this very, very seriously. It feels like a great time to get started with light activities like standups or experientials. You don’t want to try to do everything at once, but if you’re not in there now, it’s soon going to be too late.”

Incorporating data into the physical environment with AR can have a dramatic impact. “Data visualization combines a lot of back-end systems into a real-world, near-real-time feed to a headset that will ultimately look like a pair of glasses,” explains Rob. “You retain the ability to see the world around you, which is vital when you talk about these use cases.” Imagine a tech at a vertical farming facility who can view the temperature, moisture, nutrient levels, and potential issues of each plant she passes, or a warehouse worker who can see the location of his next seven pickups superimposed over the aisles, sequenced for optimal efficiency.

AR has also been shown to nearly double the understanding of a training exercise. “You’re able to retain the information for a longer period of time,” says Eric. For a medical student using a dummy to train for surgery, digital experiences can present unexpected variables and complications that might be difficult or impossible to simulate in a purely physical exercise.

As digital transformation drives data volumes to dizzying heights, VR offers new ways for users to make sense of information at scale and speed. “As anybody who has worked with big data sets, huge machine learning models, and things like that knows, you can’t get your arms around it and really massage and understand data using a traditional 2D screen, keyboard, and mouse,” says Eric.

“I want to make interacting with data as easy as picking up a pen. Can I use my hands to work with my data, not necessarily my keyboard? Can I envision a data pipeline that’s 3,000 steps long, be immersed in it, see its problems, grab it, and put more data into it? Give us a couple of years and you’re going to be surprised by what you see.”

The dark side of AR/VR

“On the plus side, it seems like subscriptions and ownership models have the potential to replace ad-based businesses that rely on selling information,” he adds. “So, although the dark side is trolling with false representation, the positive is that businesses will drive less from the need to sell private information, and instead simply charge for value creation.”

Meanwhile, new digital realities may play a key role in the evolution of a more sustainable future of work. “Think about the energy that went into that massive building downtown. Think about the energy used to drive there or back,” says Ofer. While Zoom in recent years has hinted at the potential of remote meetings and collaboration, the metaverse can provide the deeper level of engagement that people crave.

“With video, you don’t get presence. You don’t get to be with people. We are human. We are meant to touch, shakes hands, smile, and be there,” he explains. “There’s a long way to go until we reach parity, but we’re going there very fast. It’s not a theory anymore. Thousands of people are doing it right now.”

While the form factor of AR/VR and metaverse hardware has posed challenges to date—with large, costly, often clunky headsets the price of entry to new digital worlds—falling price points and disappearing wires are already broadening accessibility and acceptance. Before long, we may even see equipment more analogous to traditional eyewear—and not just eyeglasses. “I’ve seen prototypes of contact lenses that you put in and you don’t even realize you’re wearing them, and neither do other people,” says Eric. “Getting rid of the skull-crushing VR headsets—that’s coming, absolutely.”

Evolving use cases will be similarly eye-popping. “VR, AR, and the metaverse have the capacity to really evolve us,” says Ofer. “We’re upgrading the environment so that we are living in superhuman territory to maximize our potential.”

To hear more of Rob, Eric, and Ofer’s conversation, including their views on life-like avatars, business and consumer adoption timelines, and the democratization of development, listen to the whole podcast: “AR vs. VR In The Enterprise: The Art of The Possible!”

In a world of constant change, it is time to future proof your business. Reinventing your business by innovating all aspects large and small holds the key to maintaining your competitive edge. Join host Bonnie D. Graham for our special series: The Savvy Innovators, Presented by BMC Software on the VoiceAmerica Business Channel. 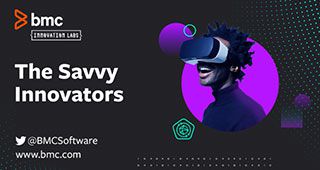