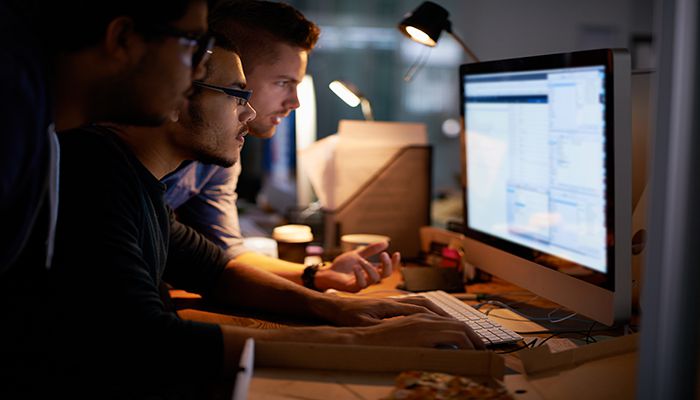 The pandemic of 2020/21 will be remembered as a period in which many business models were turned upside down or inside out while being simultaneously accelerated. Online technology use was shifted into high gear as people struggled to continue their work or studies from home while ordering food and supplies for delivery. The technology that supported this new work-from-home scenario had to work flawlessly. Businesses of all sizes, including those in manufacturing, retail, and transport, as well as the supply chain and infrastructure companies that support them, struggled with substantial changes to their compute requirements. The speed and resilience of the mainframe supported these changing customer demands.

But as the world shifts to an increasingly digital economy and surges in demand for new services and applications arise, are mainframe developers able to react with the velocity and efficiency needed to keep customers satisfied?

In June 2021, BMC commissioned Forrester Research to devise a study aimed at developers involved with mainframe software and application development with the goal of collecting their thoughts and observations on the challenges and strengths of developing on the platform. The findings, based on the responses of 408 developers from around the world, reflect a dip in the availability of key resources for managing and working with mainframes, but also indicate that the adoption of modern development tools can easily address these issues while improving the quality, velocity, and efficiency of mainframe development.

The mainframe has a powerful and relevant future

Despite the headline-grabbing growth of newer technologies, the characteristics that made mainframes successful giants of batch processing—reliability, enormity, and strength—still exist. And increasingly, companies are rediscovering the unique role of the mainframe in their mission-critical environments. The need for mainframe technology and skilled developers is not diminishing, it is growing.

But there is a need for modern tooling and automation

In terms of listing their priorities over the next 12 months, development teams are looking to better personalize their customer-facing web and mobile experiences, (77 percent rate this as most important) followed closely by implementing DevOps, increasing automation of the software development lifecycle, and improving development practices. All of these have shifted upwards in priority since the start of the pandemic, but few companies are considering modernizing the tools to make it happen or to improve the developer experience.

People are part of the challenge

There are two major impediments to future use of mainframe applications. The first stems from the difficulty of finding and retaining people with the skills required to work in the mainframe environment. The second involves the need to change perceptions that the mainframe is costly and not agile, as well as cultural resistance to investing in the mainframe.

Many developers feel their mainframe tools to now be sub-par compared to their experiences with cloud-native and mobile-based systems, on-premises workloads, and webservers. This perception adds to the difficulty of finding qualified mainframe developers.

Outdated tools are part of the challenge

A lack of modern mainframe development tools puts the relevance of the mainframe at risk while also placing enterprises themselves at similarly greater risk. Sixty-six percent of organizations surveyed say they are modernizing their mainframe applications, but only half of these report having adequate software tools to modernize their mainframe development and monitoring metrics. This deficiency magnifies itself along the lines of both scalability and security. Major improvements are needed.

With modern tooling, the future of the mainframe is strong

The report clearly identifies the business and operational benefits of deploying software tools that modernize mainframe development. These include:

When the asked to predict the potential benefits of improved mainframe tools, almost 80 percent of respondents stated it would increase velocity by up to 18 percent, and 62 percent stated these changes would improve the quality of applications by 23%.

Success in business comes from a blend of people, processes, and tools. This well-known phrase continues to prove its worth. The three concepts form a perfect triptych, like the three legs of a stool, providing reliability and stability. The BMC approach delivers the bottom-line requirements as well as innovative approaches for each of these three legs, helping to maximize the potential of mainframe technology in the global ecosystem. Some of our key focal points include: