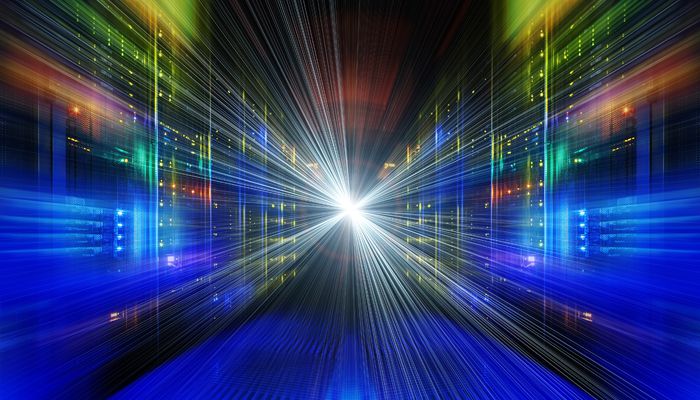 ‘Tis the season for predictions for the new year ahead. As we get ready to flip the calendar to 2020, I sat down with BMC CMO Saar Shwartz to chat about what’s to come in enterprise technology in the new year.

Below is an edited and condensed transcript of our conversation:

Saar: Let’s start with edge computing and IoT: What do they mean for enterprise customers?

Ram: I believe strongly in the convergence of IT and [operational technology] data. It opens up a whole realm of possibilities in terms of what you can do with the data. Suddenly you have a massive explosion in the data that enterprises have access to and the technology to be able to do something with it. What is important here is that we need to realize that this is not going to be a one-stop shop in terms of solutions that are provided. It’s rather going to be on the basis of an ecosystem of really integrated solutions that can harness this data and look at this data in meaningful ways, translate this information into insights, and those insights then translate into actions that you can take to optimize the use of your IoT assets.

Saar: How would IT practitioners take advantage of that and do it in ways that are different than what we’ve seen in the past?

Ram: Let me talk about this in terms of the convergence of operations management, service management, and the natural adjacent seas with the security and all of these things. What you want to do is at a minimum, you need to be able to look at this information and be able to kind of flag when an IoT asset fails, much like we do today in the traditional monitoring world where we can basically say, “Hey, this IT asset/service has failed.” That’s the notion of traditional monitoring, which says, “What has failed?” Beyond that what you need to be able to do is – there’s an industry buzzword now that’s being used called observability, which is about it’s not just what has failed, it’s about why it has failed. That is more the insights that are available as to the root cause, and additional insights in terms of what the heck happened to cause this failure? But there is a notion, beyond that also, that really interests me and that’s the heart of what we aspire to do. That is the notion called actionability, which is beyond what failed and why it failed. The notion of actionability leads us to, “What can I do about it,” either when it happens, or even more importantly, by way of these advanced insights that I can get ahead of time. What preemptive action can I take to prevent this failure? And, what can I do to remediate? That’s really at the heart of it.

Saar: And I like the term actionability because it’s not just remediation. The remediation could be automatic remediation, could be one sort of action that’s taken, but in some cases, we will need to route the issue elsewhere or get humans involved.

Ram: That’s why that service management puzzle piece comes into play. With that kind of integrated suite of solutions, what you can do is not only can you auto-create the incident, but you can also tag it to the service owners to do the impact analysis to their service and provide you that higher-order human thinking and decision making that can then help you optimize that remediation at the appropriate point in time.

Saar: We mentioned the people involved in solving these problems, but in some cases, you’ll need the help of artificial intelligence.

The winners are going to be the ones that actually become that much closer and in fact become autonomous digital enterprises. And the key to that is hyper automation. The natural next question is, “What is hyper automation?” Hyper automation is this notion where you basically take a salad bowl and it has three ingredients. One is the digitalization, which we’ve seen the last couple of years. Second, is this pervasive connectivity. Now, with 5G and beyond, it’s going to be even greater connectivity in new forms. The third is what we just talked about here, AI. You take all of these, put them in a salad bowl, and mix them up. That’s the catalyst for hyper automation.

What that basically means is you’re going to use automation for physical processes also. Examples of those would be robotic surgery, where robots do surgery as supposed to actual physical doctors. Or even assembly line and car manufacturers where there are robots that basically do the assembly rather than humans in an assembly line. That is the notion of hyper automation and that can pretty much become the norm across every industry where there is a physical process in place.

Watch the whole video for more insights on what’s to come in 2020.